Here Come the Boys at London Fashion Week! 3 of 3

Now this guy in particular that has taken part in my male street style is no ordinary guy off the street. I was actually quite excited when I approached him and he started talking to me. For those of you who are fashion geeks (like myself) you will probably have heard of him, Eudon Choi! I know right about now some of my readers will be like…who????  Basically he is a fashion designer who is well known for his talent and he has won many awards.

Of course, apart from his cool dress sense to go with his designer image, he also had some really beautiful crafted glasses on and that is what I actually noticed first (not even lying- just my glasses fetish showing I think). Now I bet some of you are thinking he probably designed the frames himself but as a matter of fact he didn’t! The glasses he was wearing are by a brand called Prism. If you want to get you hands on a pair then check out the Prism website. 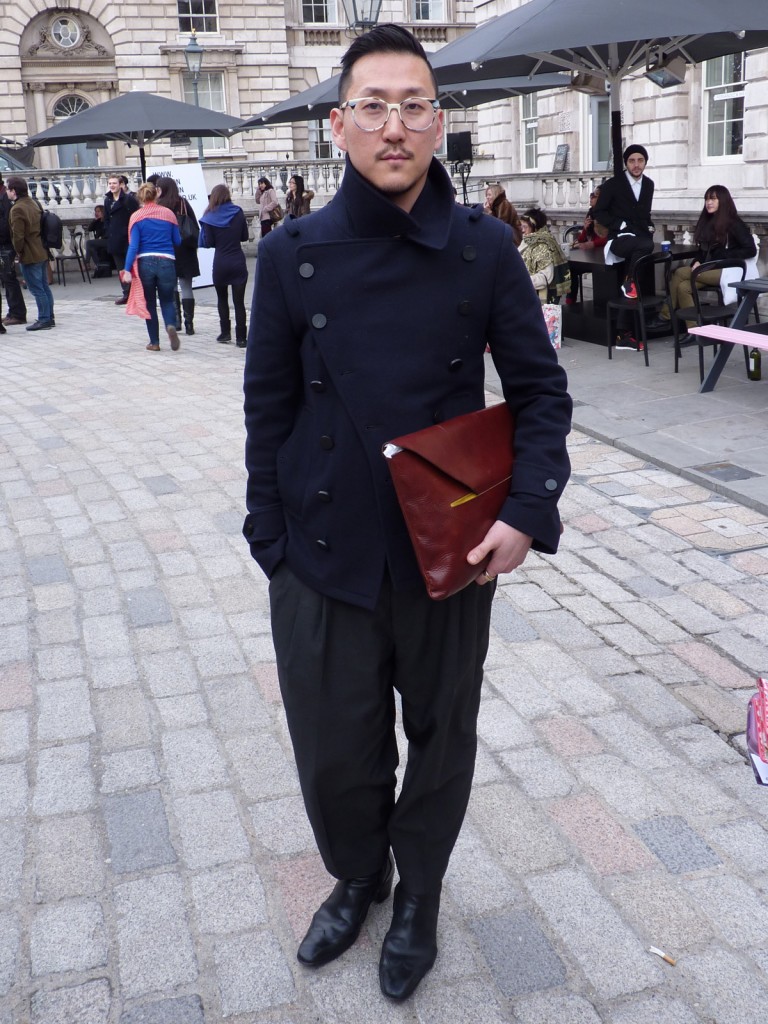