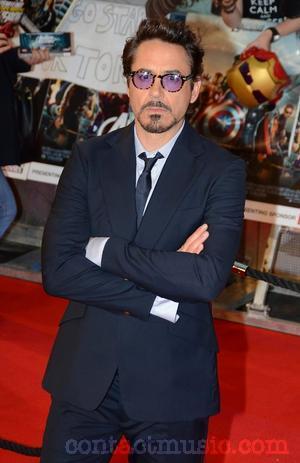 Put your hands up if you have seen the Hulk, Iron Man or Captain America? If you have then I am sure The Avengers Assemble will float your boat. For me personally I am not crazy about them and I have only seen The Hulk but my fiance is all over it and especially loved the Iron Man films – maybe it is a guy thing.

Of course I am not here to talk about Marvel comics, I am here to ask you guys if you have seen the glasses Robert Downy Jr was wearing during The Avengers Assemble UK premier which took place last Thursday over at Westfield London?

Now… I have always noticed that Robert Downy Jr always wears some sort of cool specs or sunnies and for the Avengers Assemble premier he did not disappoint. However, I am still unable to identify what brand they are, I know in the past he has worn brands such as Oliver Peoples, John Varvatos and Ray-Ban. Even though I am not 100% sure what they are I do have a sneaky suspicion they may well be Oliver Peoples because they are that kind of style but if I am wrong then by all means do correct me because it is just an educated guess.

Now this film will be available in 3D so I am quite looking forward to seeing it, I am sure it will be amazing in 3D! I did enjoy the Hulk and my fiance kept banging on about how great The Iron Man was so when we finally go and watch it I am expecting great things and if the recent review are to be believed it will deliver! 😉  In the mean time if you want to read more about the Premier then please see http://www.contactmusic.com/news/avengers-assemble-superheroes-hit-london-premiere_1320710