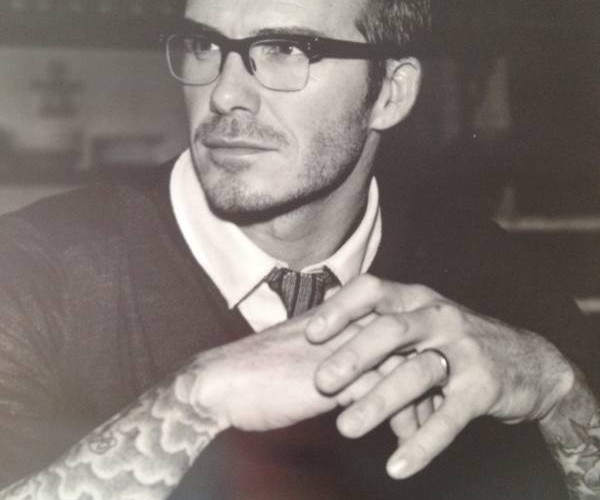 Ok, I am sure most ladies out there agree that David Beckham is a rather dashing guy and is it me or does he seem to look better with age? I didn’t actually fancy him that much when he was younger (mostly because I didn’t find the blonde curtain hair thing attractive). However, now looking at him, he has aged well and is looking much better than he did before (in my opinion anyway).

A very good friend of mine is totally obsessed with him and has been since we were in our teens, I went to visit her new home today and surprise, surprise she had his calender on her kitchen wall. It made me chuckle a lot! I must say, the photo for this month (June 2012) he actually does look mighty handsome. Especially wearing those glasses and god they really suit him aswell! If all men looked like that in glasses I am pretty damn sure sales of glasses would rocket! 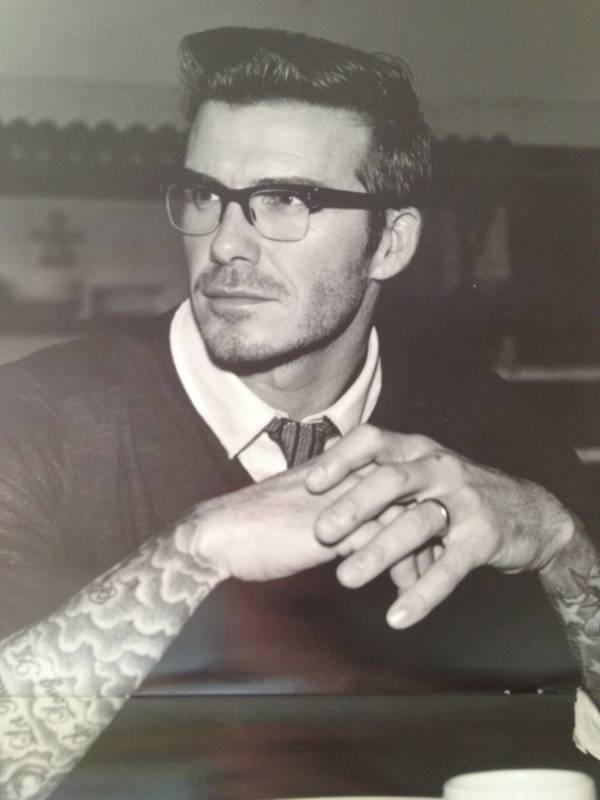 I wonder what glasses he was wearing during that photoshoot because I am sure a lot of my male readers would like to know 😉 If you happen to know then do share your knowledge as many men out there will thank you for it. hehehe.