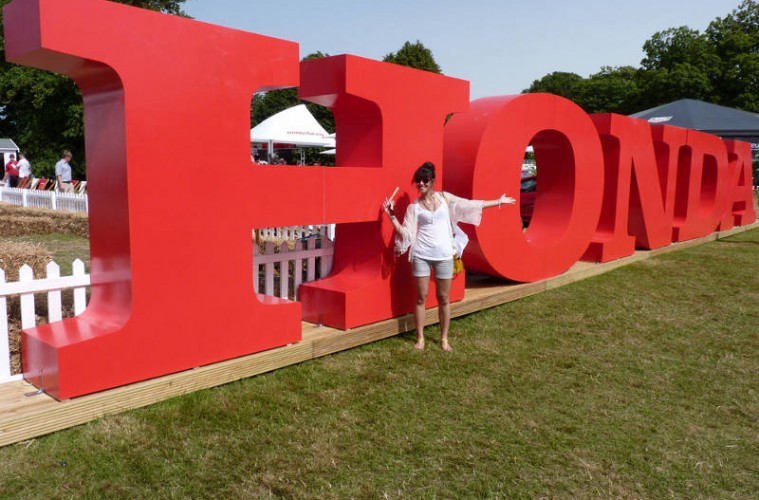 Last week I was at GoodWood Festival of Speed being a right petrol head. To tell you all a little secret about me, as well as fashion and glasses my other passion is cars. I just love them, people look at me and think “gosh she is too girlie to like cars” but as a matter of fact I am a slight car geek and know fair amount about them. I think the reason I love cars so much is because I grew up with my older brother, who I am very close to and I guess I am just so used to male company and his interests.

If you love cars then I would highly recommend you to go to GoodWood. You get to see all the amazing cars going around the track, see the latest models from different car manufacturers and you may even spot a few celebs especially in the F1 world. However, I was a bit disappointed that I didn’t spot anyone with awesome eyewear and it was a really sunny day! Maybe men (mostly men attended) who are into cars are not that into eyewear? On the other hand there were a lot of people wearing red plastic rim sunnies so I investigated … 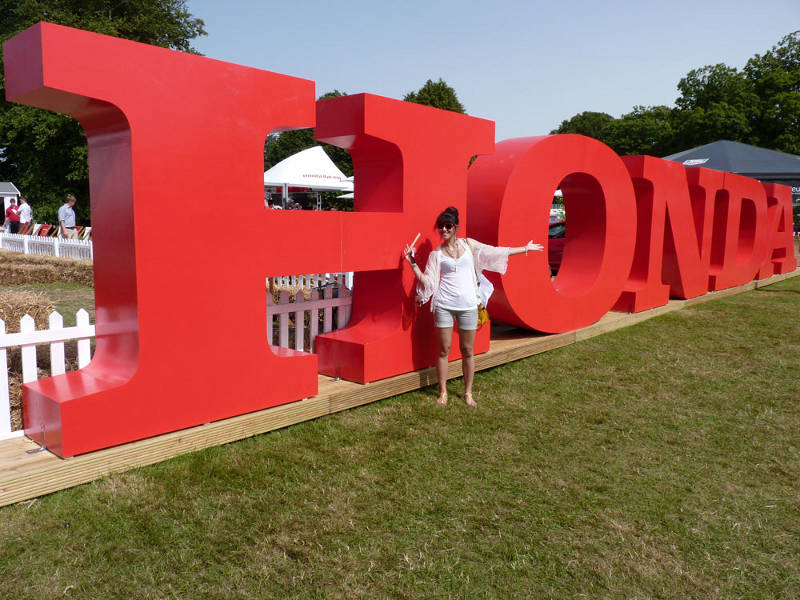 Honda at GoodWood Festival of Speed 2012

I found the reason why everyone was wearing these plastic red sunnies was because Honda was giving them away at their stand. What a clever way to promote their brand because it was really sunny and LOTS of people were walking around wearing their free sunglasses who had forgotten their own pair!

I do love Honda as a brand infact the next car I want is by Honda, I have my eye on the CR-Z in white. Hum… yummy!!! I will have a sporty version of course since I do sometimes love a bit of speed but the CR-Z is also very economical- if you want to find out more about the CR-Z then click here. Did I mention my fiance also owns a Honda? He has a Civic Type-R (FN2), nice and quick. 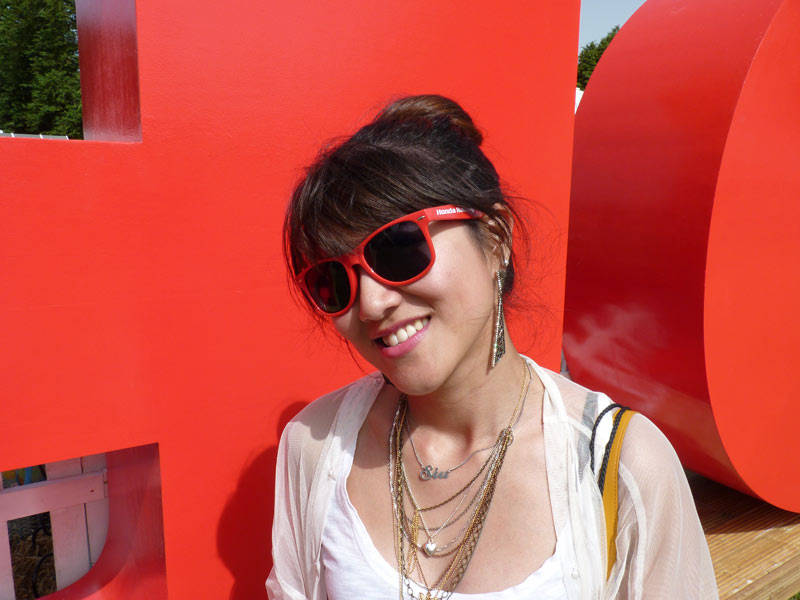 Honda at GoodWood Festival of Speed 2012