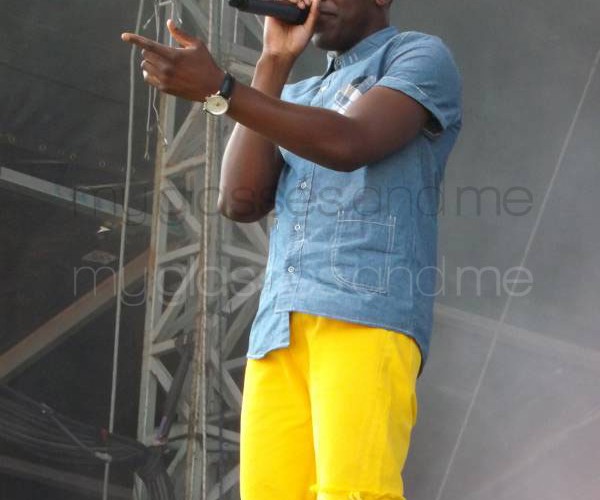 I still cannot believe V Festival 2012 is all over for another year and this year we were definitely very lucky with the weather! As I was saying yesterday I managed to get myself a last minute press pass to the press pit and I was taking some awesome photos all weekend!

On Saturday at Highlands Park my highlight was seeing Labrinth during the day and then David Guetta headlining in the evening. Of course because the sun was shining so bright and warm almost all of the artists who performed during the day were wearing sunglasses! 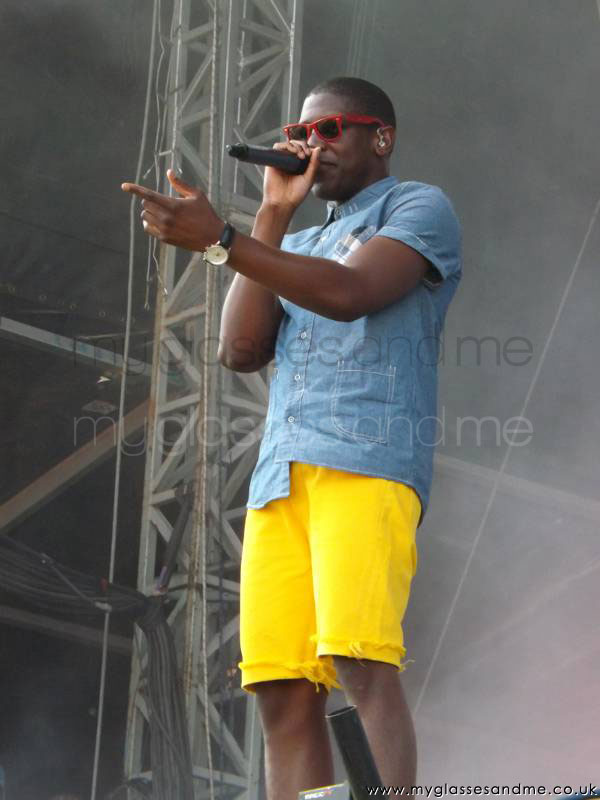 Labrinth was of course amazing and what a great performance- the crowd went wild! When he stepped onto the stage the first thing I noticed was his bright yellow shorts and then his bright red sunglasses and you know what… the clashing of bright colours worked. Well I think so anyway 😉 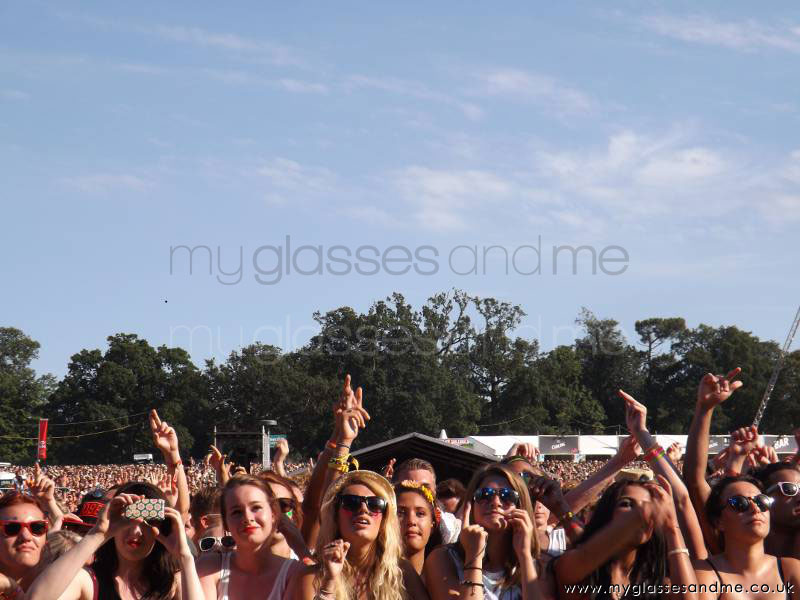 The crowd at V Festival 2012 going wild at Labrinth

It really was quite a surreal feeling standing right infront of the stage and having thousands of people behind me screaming and really getting into the spirit of V Festival. If you have never been to a festival before then it may be worth going once just to experience it and soak up the atmosphere.

I am pretty sure most of you probably want to know what sunglasses Labrinth was wearing and they are the most iconic sunglasses brand Ray-ban… of course, what else? 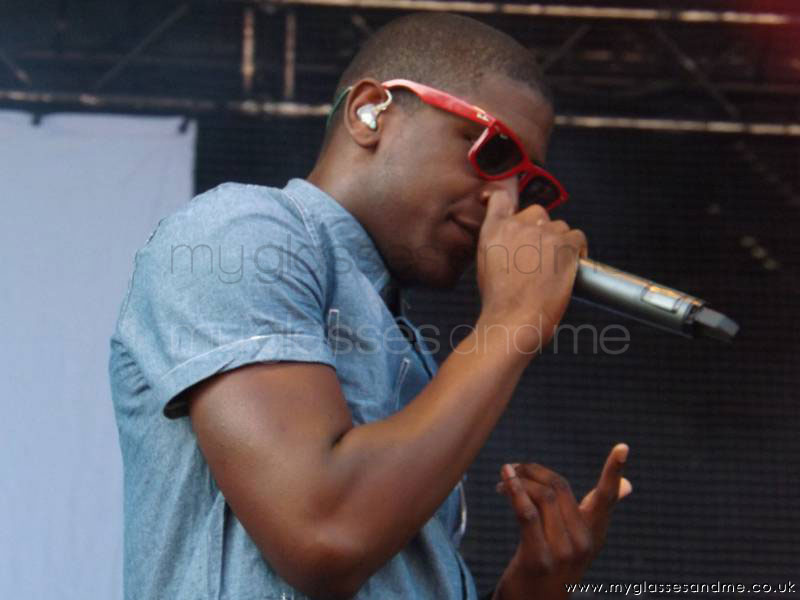 So Gents if you want to copy Labrinth’s V Festival look then grab yourself some bright red Ray-ban sunnies along with a denim shirt and team them up with any bright coloured shorts as you wish. DONE!