Day two at V festival I was particularly looking forward to seeing Tinie Tempah because I remember seeing him live last year in Space Ibiza and he was amazing!!! A great performer and really got the crowd going. Once again he did not disappoint at V.

This last time I saw Tinie Tempah it was of course nice and sunny over in Ibiza! This year at V I think we had pretty much exactly the same weather. Due to the beaming sunshine of course he was wearing sunglasses.  Can you guess what ones…? 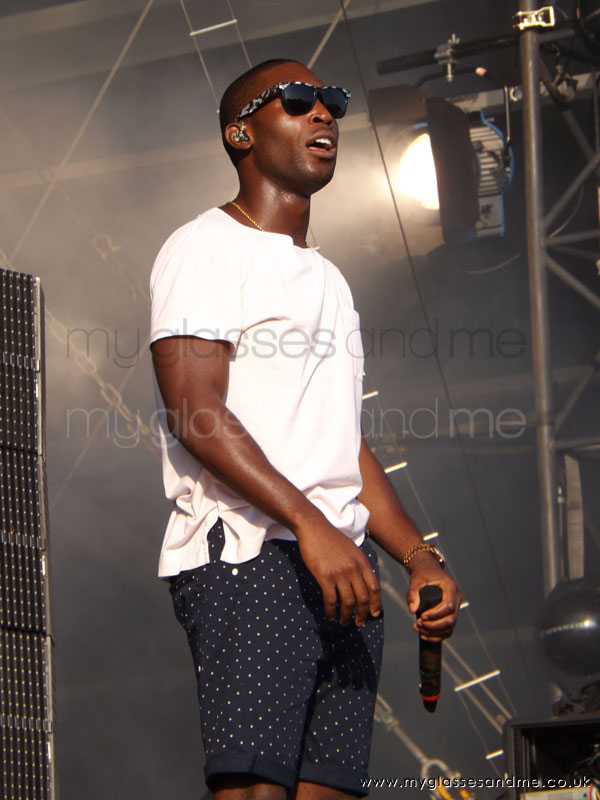 Thats right… Ray-Bans.  I am sure they have unofficially sponsored V Festival 2012.  Or more like they are just the unofficial sponsor for summer in the UK!  They are everywhere!

I mean does Ray-ban actually sponsor the artists or do the artists just chose to wear Ray-bans? As far as I know Tinie Tempah is a fan of Cutler and Gross so it would have been nice to see him sporting a pair of those instead- break the norm! Hehe. Next year at V Festival I think I would like to see less of  Ray-ban and more unconventional, niche brands.  Ray-bans were everywhere and there are too many copy-cats out there “taking inspiration” from their style.

So anyway- yeah… go and see Tinie Tempah live if you can! Be it in a club, at a festival, just anywhere because he seriously rocks it!!!