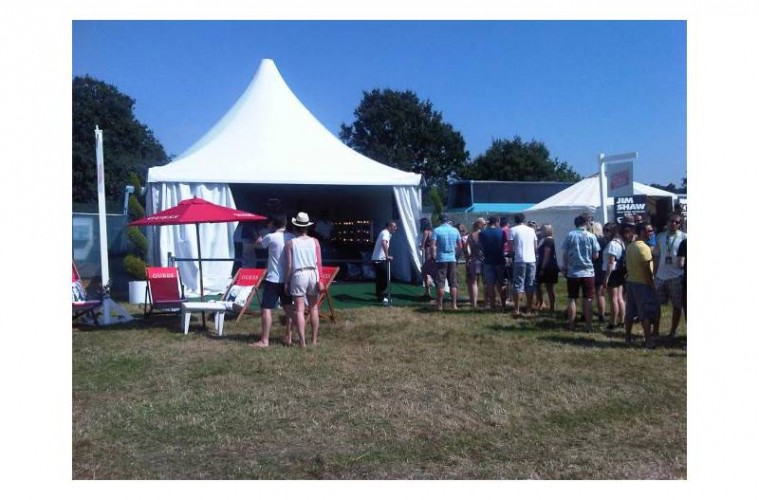 For most of us we only ever hear about the artists performing at V festival. Does anyone ever know where they hang out after or where all the celebs and VIPs go in general? In addition to the normal camping did you know there is also something called V style camping? Technically some don’t really class it as camping because some of the accommodation involves no tent but they do look damn lovely and beats sleeping in a tent.

So back to my point, the area where all the VIPs and celebs hang out this year was called The Louder Lounge and MAC make-up is pretty much there every year to do makeovers. This year GUESS eyewear also joined in the fun at The Louder Lounge by providing eyewear for all VIPs. The concept was simple… GUESS set up a style consultation tent and they were giving away a free pair of sunglasses for every old pair that was traded in OR if you were willing to tweet a picture of yourself in the new GUESS sunglasses and share it with the world. 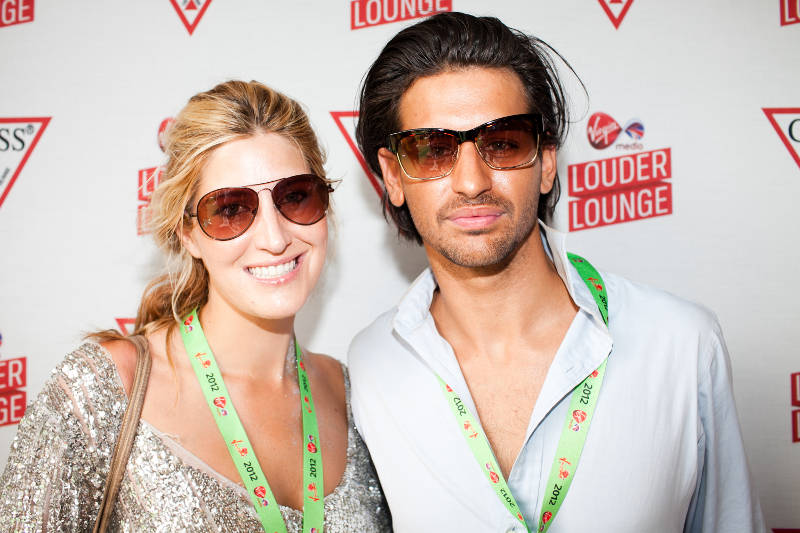 Even in the baking hot sunshine over 2,000 people queued up to an hour and a half to receive a complimentary pair of GUESS designer sunglasses. The GUESS tent was the most popular one in the Virgin Media Louder Lounge on both days. Saturday GUESS Eyewear gave away 863 pairs of sunglasses in the 6 hours they were open – 3 pairs a minute! With Sunday being their most popular day after gifting 1218 pairs, totalling to 2081 pairs of sunnies over the festival weekend period! Now that is a lot of sunnies they have given away!

So there you have it, a sneak peek into the other side to V Festival which not many people talk about and now you know one of the secrets 😉 I am not going to tell you where The Louder Lounge is situated because that my friends will remain a secret but lets just say it is near the V style camping. So if you can afford the price of V style camping then you may well find out. Plus I really do not want to be the one responsible for a bunch of stalkers hanging around that area next year! Haha!

If you wish to look like the stars and purchase yourself some lovely GUESS sunnies then visit GUESS.com or any of the GUESS Stores in the UK. All GUESS Sunglasses offer 100% UVA and UVB protection, high transparency and excellent shock resistance.