Right Readers! So who has been watching the Olympics religiously like I have!? If you follow me on twitter (@MyGlassesAndMe) then you will know that my fiance managed to get us tickets to see some athletics live on Saturday in the Olympic Stadium. So I was sat there watching the morning session of the athletics and I got to see Usain Bolt doing his thing- what an honor that was! I enjoyed every minute of it!

My fiance managed to get some extremely good seats too, we were 15 rows from the front and facing the end of the 100m track next to the caldron so we really did catch all the action. Whilst busy screaming and shouting I also took some time to spot athletes and their spexy style, here are some of my favorites.

And finally last but not least and these ones have got to be my favorite because they are just too damn cool! You see readers, the Olympics is not just all about sport, it is also about awesome eyewear 😉 These athletes are sure taking the whole reflective lens trend to the next level! They are RE-FLEC-TIVE! It put us all to shame. 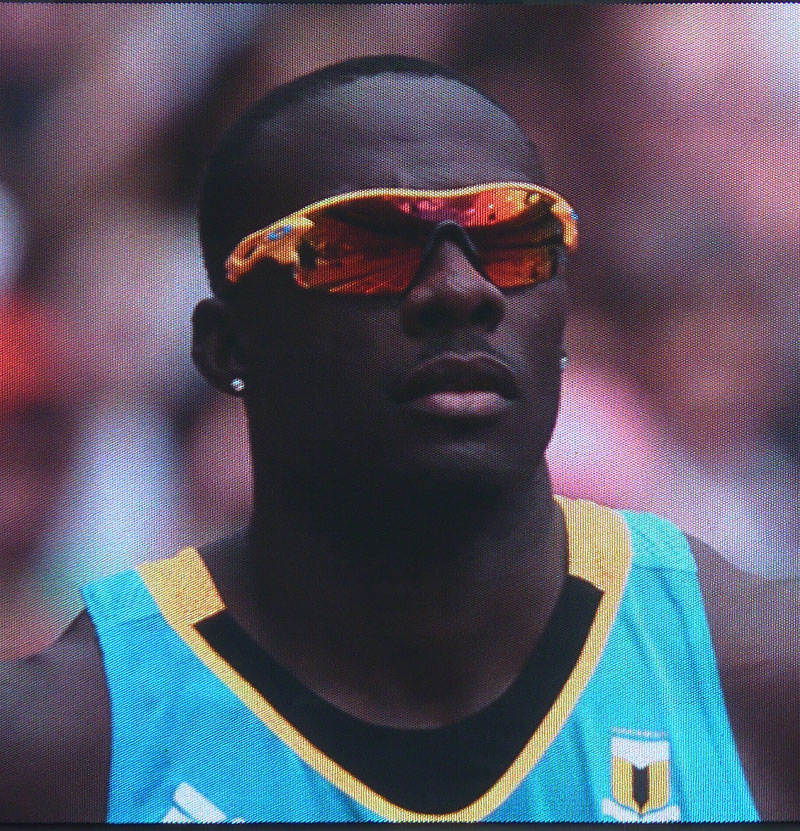 Not only did I watch the Men’s 100m but also Jessica Ennis competing in the Long Jump and Javelin Heptathlon events!  Although there were no spexy sunnies involved it is still worth a mention!  She done exceptionally well considering this was not her strongest event in the Heptathlon!

Oh and did I mention I am going to watch the Table Tennis Men’s Final on Wednesday too!? My fiance again managed to get tickets! Yes, I am simply obsessed by the Olympics and I didn’t think I would be but it is hard not to get into the spirit when it is on our doorstep!

By the way readers just to let you all know I will be taking some extra time off this week from writing some spexy news for you lot because my fiance is taking me away for a mini break since it is our 7 years anniversary! Whoop.

If you want to know what glasses commissioner Gordon is wearing in the new Batman film – The Dark Knight Rises then I highly recommend you to stay tuned because that will be coming your way in the next post!