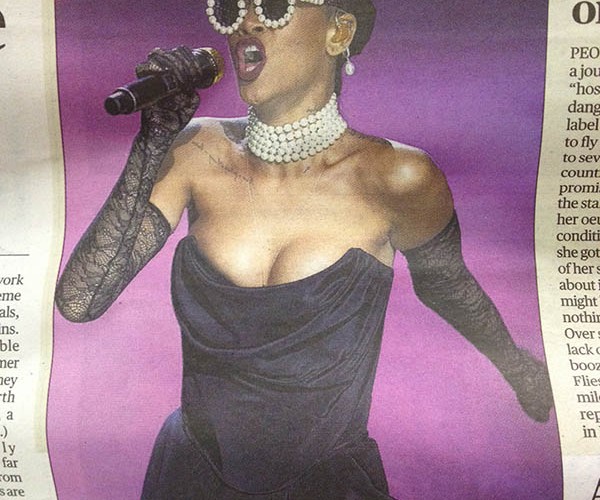 So the weekend just gone apparently Rihanna was doing some secret gigs around the world and only invited a very lucky few. I was not one of them before you all wonder however, I was reading the London Evening Standard yesterday and read the article on the gig she did along with a photo of her. As per usual RiRi’s dress sense never disappoints, some may say awesome others may say weird and as for me I’d say interesting!

To be fair the outfit she was wearing in the photo wasn’t that exciting but her accessories were, especially her sunglasses. The sunglasses had pearls all around the rim to match her pearl necklace. 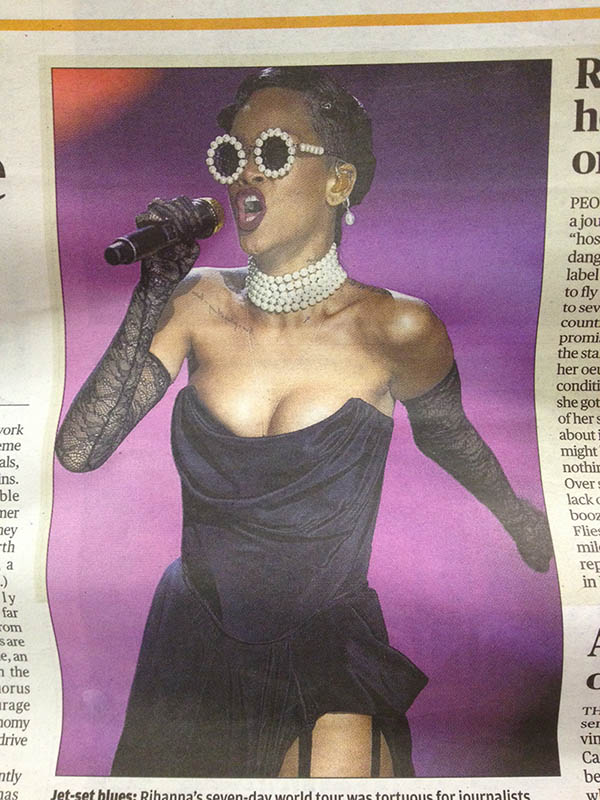 Rihanna's Glasses at her Secret Gig

I mean the whole decorating (some say personalising) your glasses is slowly becoming trendy so I wonder after seeing Rihanna’s pair will that have an influence on the eyewear trend? I also wonder if high street retailer such as River Island would be bringing us glasses similar to what she wore because if you guys didn’t know, Rihanna is designing a range of clothing exclusively for River Island! She has already done a set of t-shirt designs for the retailer and some are on sale now click here to check them out. If River Island bring out eyewear like the ones Rihanna is wearing then I think I may be having a pair or two just to match different necklaces I have!

Another quick reminder readers, I am off to Hong Kong in 4 days time!!! Blogging will be less frequent especially the first week since it is my brother’s wedding but I am there for a whole month so I will be bringing you a whole load of fun from over in Asia 😉