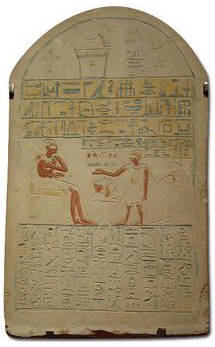 I think I can be pretty confident and say most people now days just wear glasses and that is about it. Unless you are a real eyewear fanatic with a passion for them then I can totally see why.It has been a long journey from the very first visual aid all to the way to our modern prescription glasses. Glasses have gone from being simple magnifiers to fashion accessories

Glasses now days are not just designed to help us see, they have been taken to the next level such as the development of 3D glasses to give us a better cinematic experience. However before any of this modern technology came in and like any other technology, there is a history behind it then it evolved like evolution.

It was the Italians (the ever so fashionable lot) around the year 1286 who first took the concept of using a visual aid and turned it into a fashion item for your face. However, these early attempts at facial adornment weren’t always successful at actually staying put but like any invention things never goes to plan first time. Early spectacle makers designed eyepieces with handles so they could be held up to the eyes or pince-nez sat on the nose. Pince-nez were an important step in the evolution of spectacles, but can you imagine running with them- it was clearly not going to happen.

Other solutions for holding glasses in place were tying them on with ribbon or string. Thankfully by the 18th Century glasses with arms hooking over the wearer’s ears were readily available. However, I am loving the idea of tying a ribbon, I personally feel that should come back into fashion because that could be quite a nice feature and act as a hair tie for the hair. If you can change the ribbon colour according to your outfit then even better! Fashion are forever going round and round in a circle so when will some clever eyewear designer out there take this ides on board?

Early opticians used convex lenses to help people with far-sightedness and the short-sightedness that often comes on in middle to old age. Nowadays lenses can be made to correct all kinds of visual problems including astigmatism.

Despite new technology such as contact lens and laser eye surgery  you may be surprised to know that glasses are still by far the most popular method of correcting your vision. Damn right it should be because wearing a pair of frames can tell a lot of people about your personality and it is a way to express yourself especially now with the inference of fashion a pair of glasses could be the key accessory to your wardrobe. Watch this space!

This article was provided by Boots Optician.