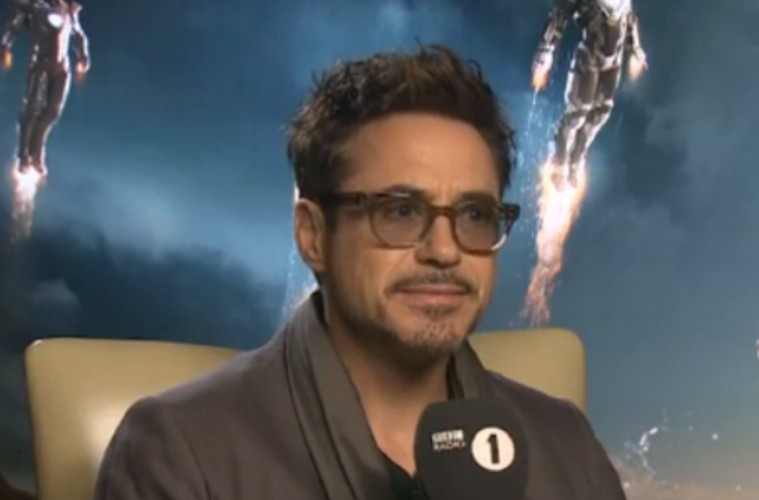 Iron man 3! I am soooooo excited to go and see it. However, not so excited about putting those 3D glasses on because the new type of 3D glasses are highly uncomfy to wear with glasses. I am pretty sure it is not just me who feels this way. I wasn’t a huge Marvel fan to begin with but then my fiancé converted me and it isn’t as boyish as I thought, even though most guys I know would love to have all the gadgets Iron man owns, but then again I think so do I. In fact I would just like to have his apartment  and I would definitely kit one room out with glasses- but that’s just me.

Like every Hollywood movie there is always a film premier and walking the red carpet so of course Iron Man 3 is no different. After the premier happened there is always a press event where every single media company under the sun can go and interview the movie stars and I was watching the one by BBC Radio 1. 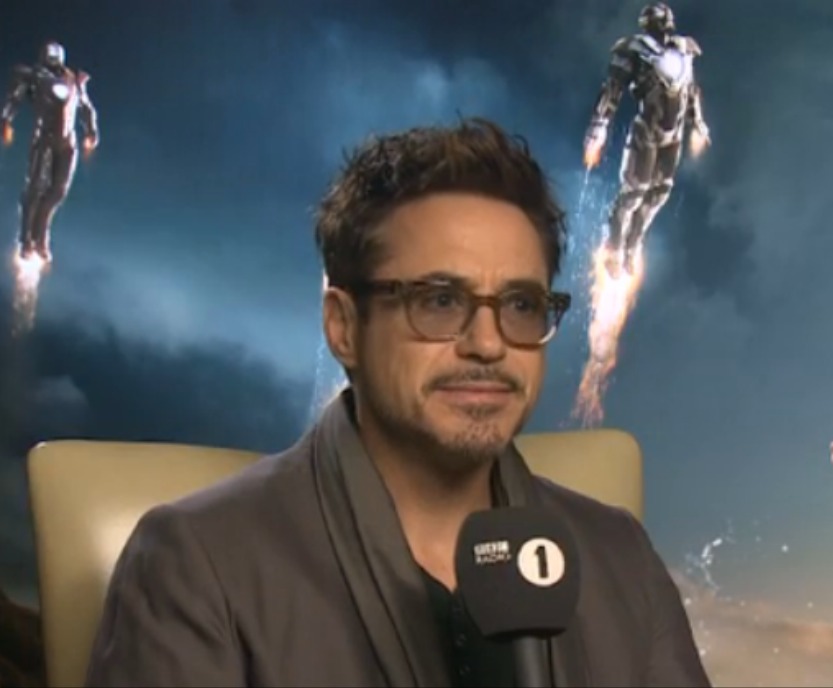 Now, I don’t think I have ever seen Robert Downey Jr without a pair of tinted glasses- EVER! He always seems to be wearing some sort of glasses with a slightly tinted lens and I am dying to know why? One- what brand of glasses does he wear? Two- does he actually need glasses? Three- why are they always tinted? If anyone out there knows the answers then please do share your knowledge.

For me I think it will actually be odd to see him without glasses because even in all the Iron Man movies, his Character Tony Stark wear sunglasses or something cool like that (well he doesn’t wear them all the time but you know). Glasses do really suit him though and tinted lens? Maybe he will start a new craze soon where everyone wear some sort of tinted lens. Now that will be taking an eyewear trend to a whole new level- colour co-ordinate your lens to your frames then to your clothes 😉