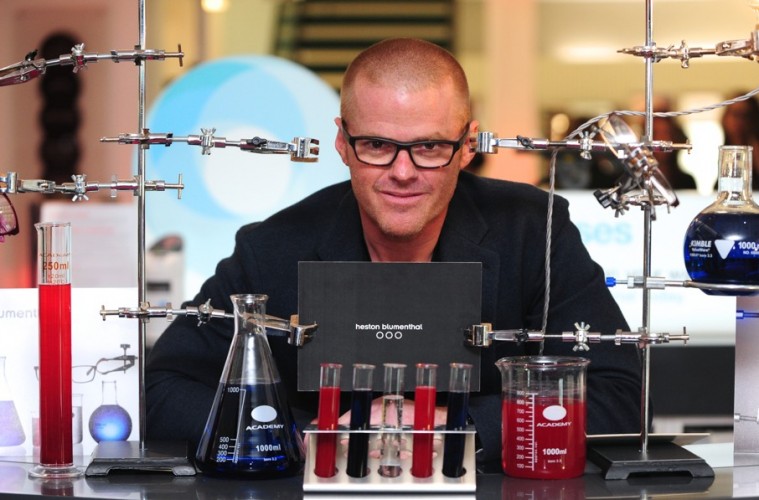 Exactly one week ago today I was lucky enough to be invited along to the launch of Heston Blumenthal’s eyewear collection for Vision Express. For all my readers outside of the UK Heston is one of the leading chefs in UK for his innovative cooking methods.  Basically he doesn’t just cook, he creates magic with food using all sorts of crazy scientific methods. He is one of my favourite chefs because he is so creative and passionate about what he does.  Now it seems like he is also using his creative brain to design some stunning glasses for Vision Express. 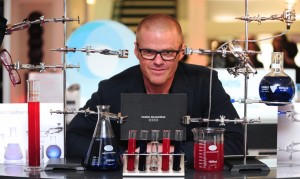 Since he is a chef and he is very creative, of course we would expect an element of his work as a source of inspiration. What I mean is things like the Triple rivet design on the knifes and also cheese graters were all mixed in the design process and you can see that in the frames- it may not be obvious to some but if you take a good look then it becomes obvious. THEN you will start to think “ahhhh clever” like I did. 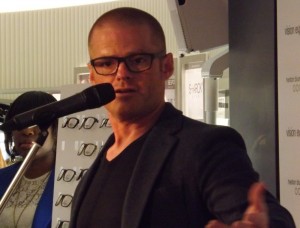 Before I saw the collection I thought to myself I bet it is all very masculine judging by what he has been wearing and when I heard there were also ladies styles within the collection I wasn’t too sure how good they will be, just because Heston doesn’t strike me as though he will know how to design feminine things.

So when I saw the collection I was pleasantly surprised by the female frames because they are spot on, feminine yet you can see a hint of the Heston’s in them. All the shapes are rather classic shapes so you can’t not like them or think they are only suitable for some people because I think in the collection there is something for everyone. 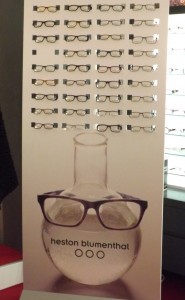 Last week after the launch event I did quickly post to inform you all they are now on sale and Vision Express who are currently doing 2 for the price of 1 on all the Heston glasses as a special launch offer so don’t hang about to grab yourself a pair or two!

You can even have the exact same frame as Heston himself because (of course) he is wearing his own design and like all designers why wouldn’t he? The picture below is the exact same pair of glasses he wore on the night so if you like them you now know where to get yourself a pair 😉