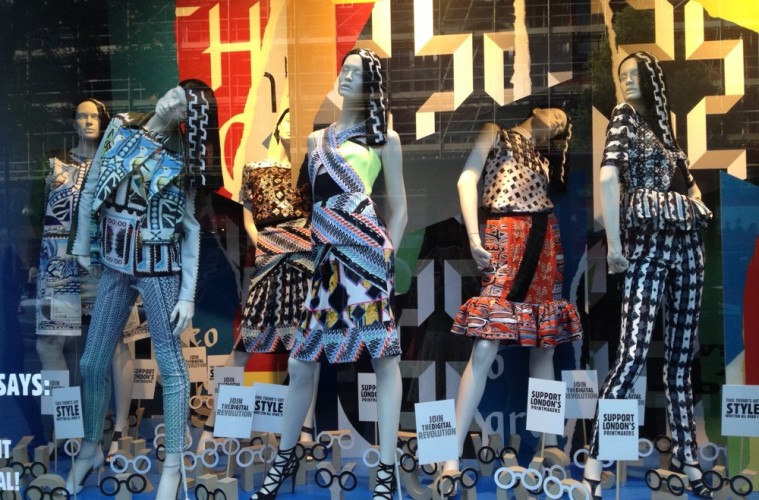 After all the wedding excitement I had on Sunday, Monday was still no day of rest for the new Mr and Mrs because I had a special childhood friend who came over from Hong Kong just to be my bridesmaid. She thought I was going on my honeymoon straight away so she only planned to stay in London for one day before heading to Scotland to do some sight seeing.

After a very long tiring day on Sunday we took my friend around London on Monday. We did the normal sight seeing stuff like Big Ben, London Bridge, London Eye etc… we even managed to have lunch at Gordon Ramsey’s restaurant over in Claridges and what a special treat that was. After all the walking around of course we had to take her for a spot of shopping in Selfridges. 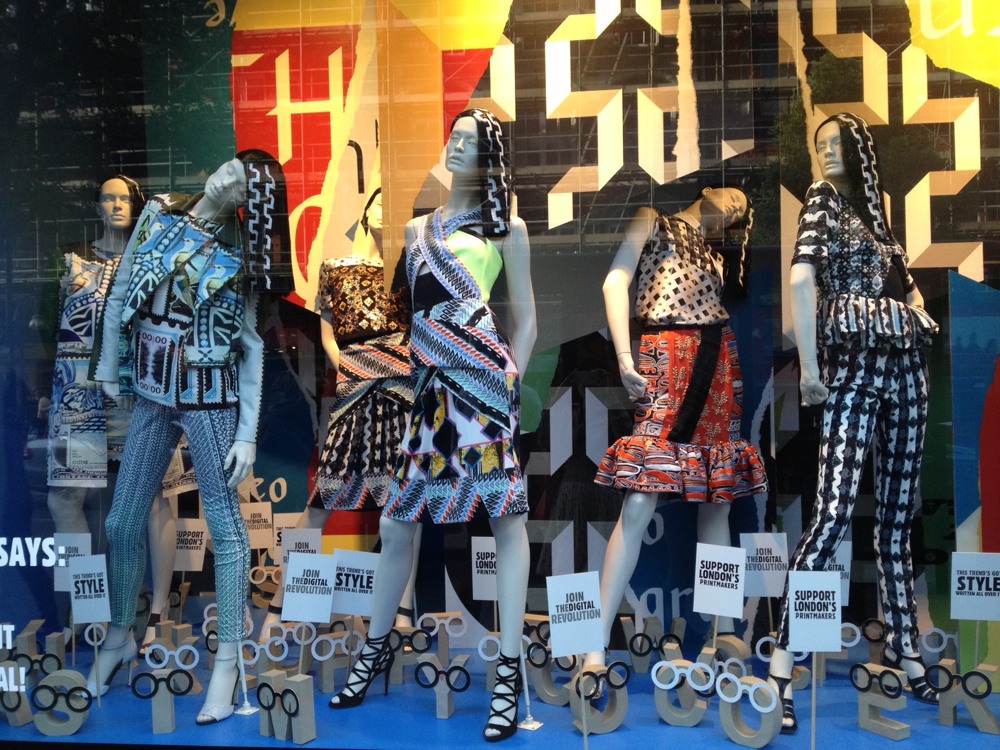 I always think Selfridges is worth a visit because their window displays are so awesome and the atmosphere in there is for the younger market unlike Harrods which is very traditional. This display in particular caught my eye because I think the little tiny letters at the bottom are supposed to be wearing glasses- so god damn cute! No idea what the idea is behind it but it works and it is eye catching.

So many ways you can use glasses to accessories things to make them cool. In this instance it even works on a window display 😉 There we have it guys, first day as a married lady I went shopping and walking around London and you know what! I CANNOT wait until the honeymoon next weekend! During my honeymoon blogging may not be everyday but it will be every other day but come on it is my honeymoon and I really shouldn’t be working 😉