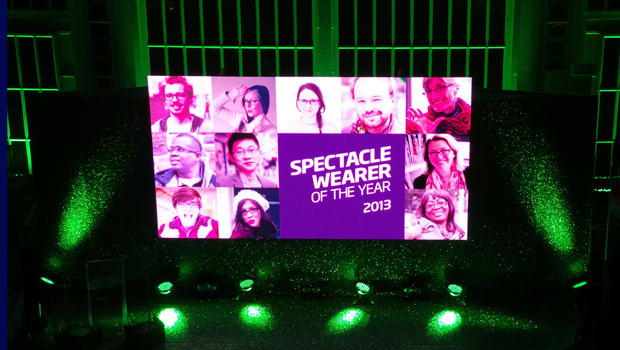 Last night was of course the Specsavers Spectacle Wearer of the Year Awards 2013 to celebrate people who wear and love glasses and team MGAM was lucky enough to be invited. If you are based in UK then you are probably aware of the awards because Specsavers do a lot of promo work and encourage consumers to take part and enter. The idea is very simple… if you love and enjoy wearing glasses then enter- it is that simple! It is split into different categories and they are age 16-24, age 25-39, age 40-59, Over 60s,  best Ireland wearer and a winner picked from Facebook. Basically there are many chances to win based on your age (and location).

If you feel up for it and want to take part next year then listen up because this is what happened last night – just to give you a taster 😉 The event is quite fun and you do get the chance to mingle with celebs but I would’t recommend it if you get star struck and can’t control yourself with excitement because they might think you are crazy or something. Anyway… the event itself is quite formal, every guest has an allocated seat then you get to see Gok Wan doing his thing on stage and present the show. 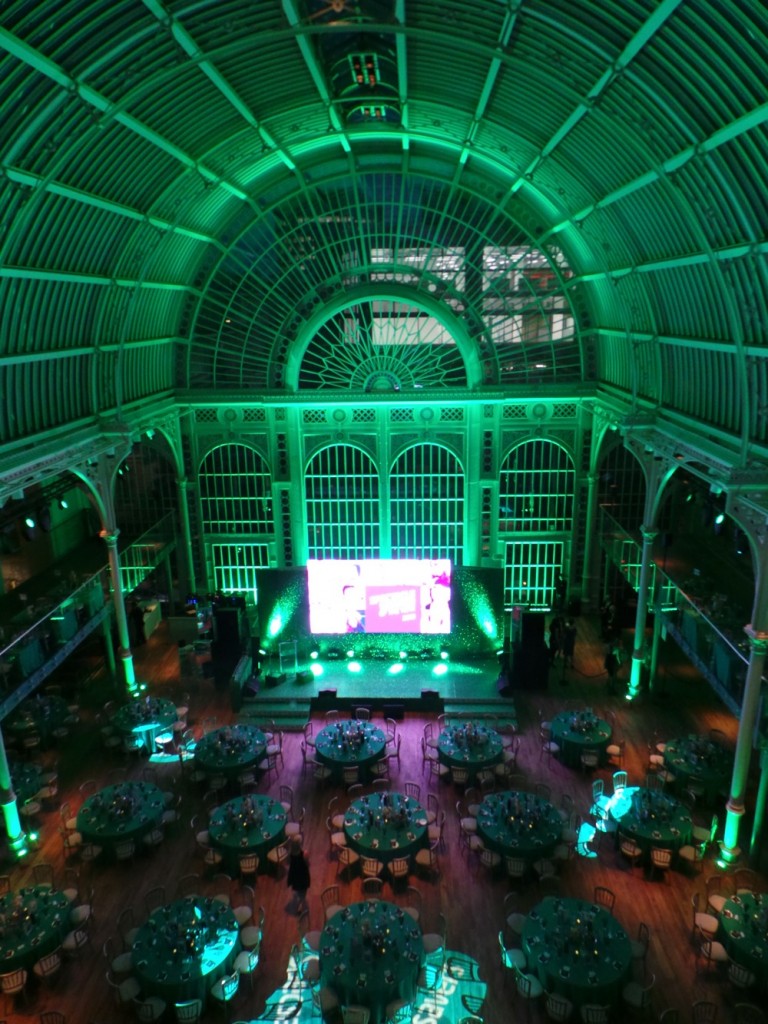 The idea of the show is very simple. It is to celebrate people who wear glasses and to raise money for a charity called Kidscape, a charity that supports children that are a victim of bullying- something I feel quite passionate about because when I first moved to the UK I was being bullied for simply being Chinese. Then when I started to wear glasses I used to always get laughed at or get called four eyes- lovely isn’t it!

Before we go on any further can I just say I did not take these photos because I am simply rubbish with a camera! From now on my partner Ben will be the official photographer as well as contributing his “two cents” at the end of some of my posts!

So… do you want to know who the winners were? Here they are…

The Specsavers Spectacle Wearer of the Year Award 2013 Winners! 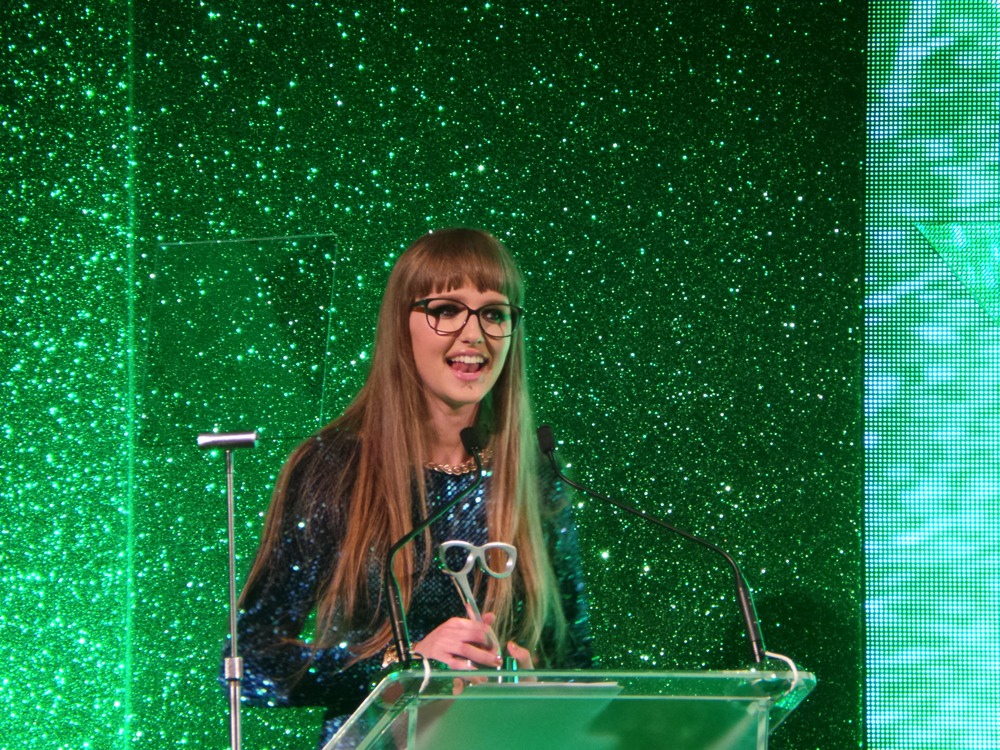 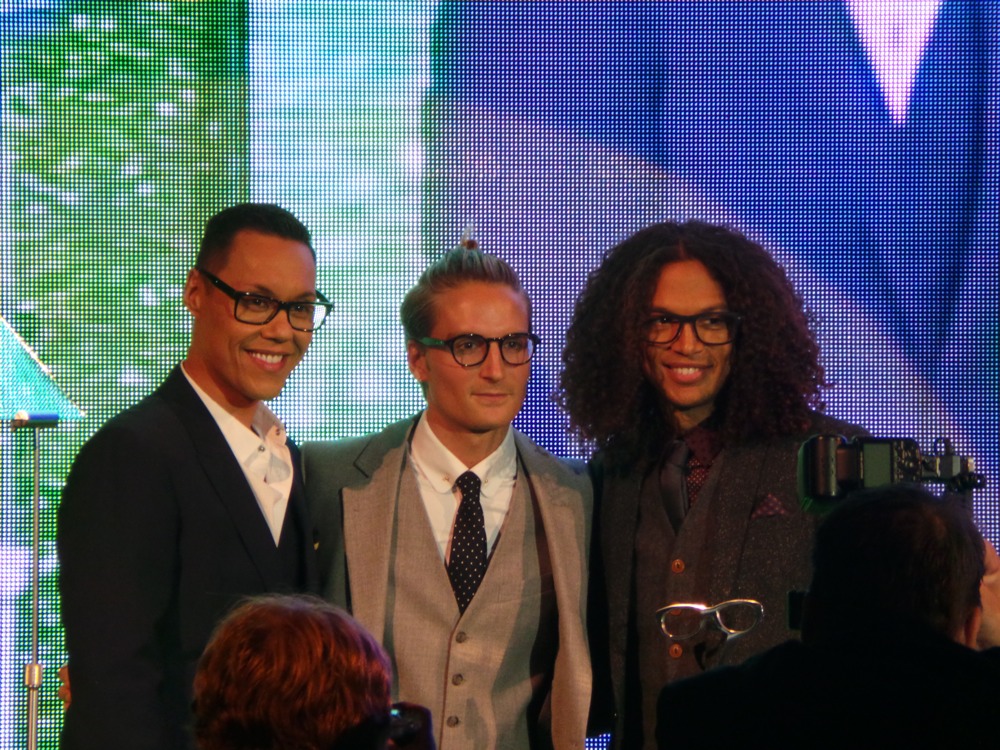 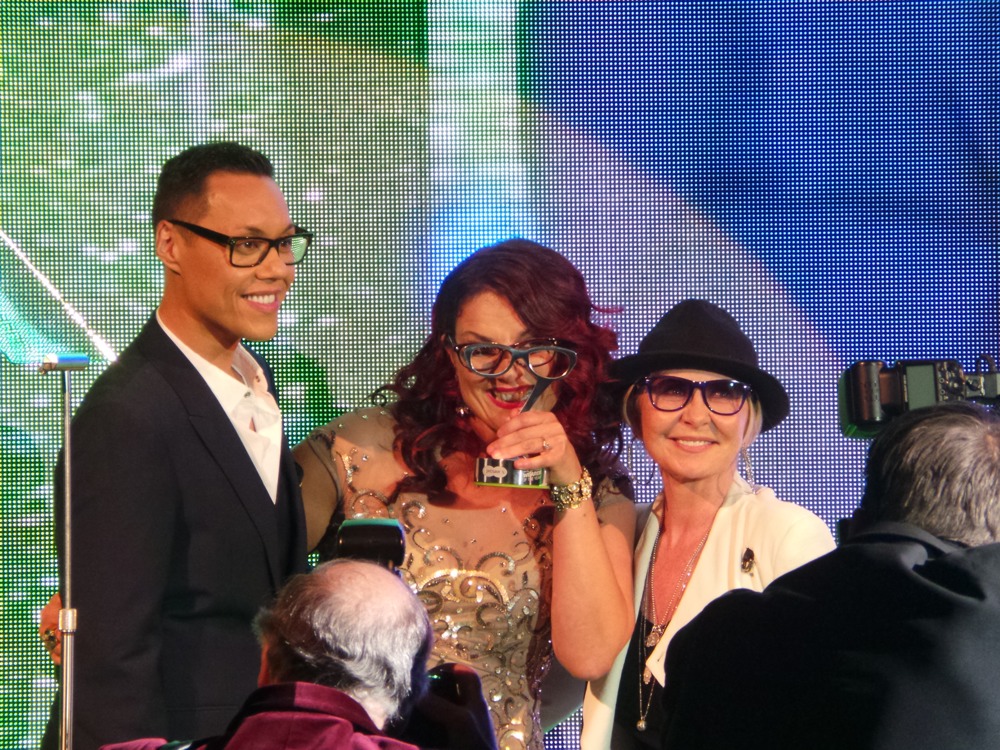 Category over 60s winner Suzan Smith with Gok Wan and Mel C (one of the Spice Girls- ahhhhhhh!) 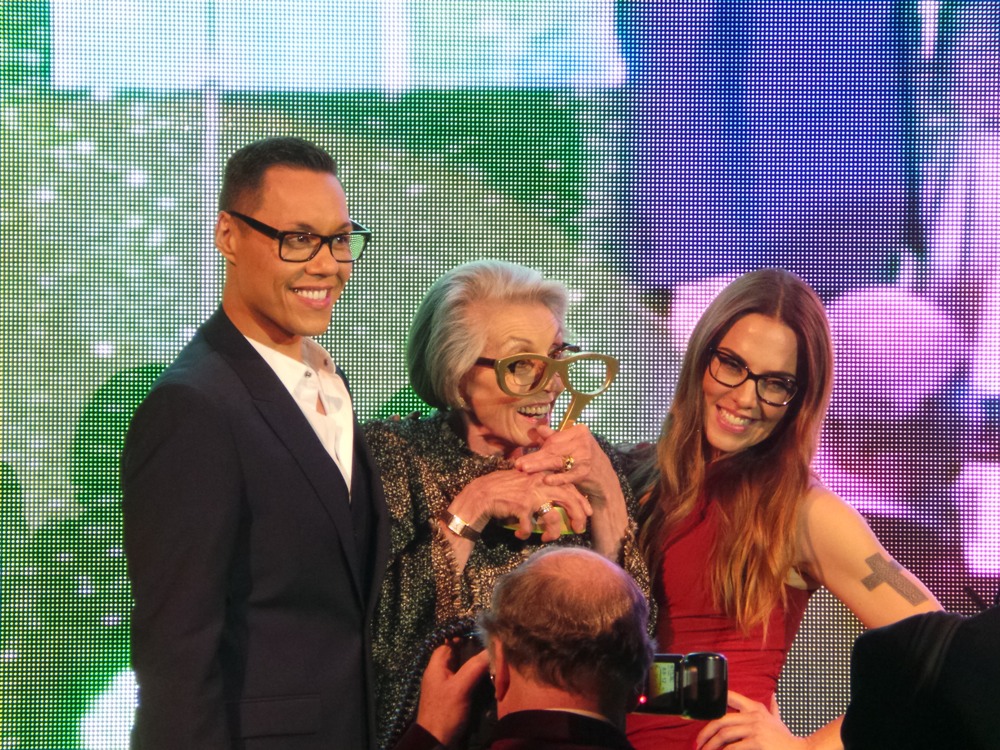 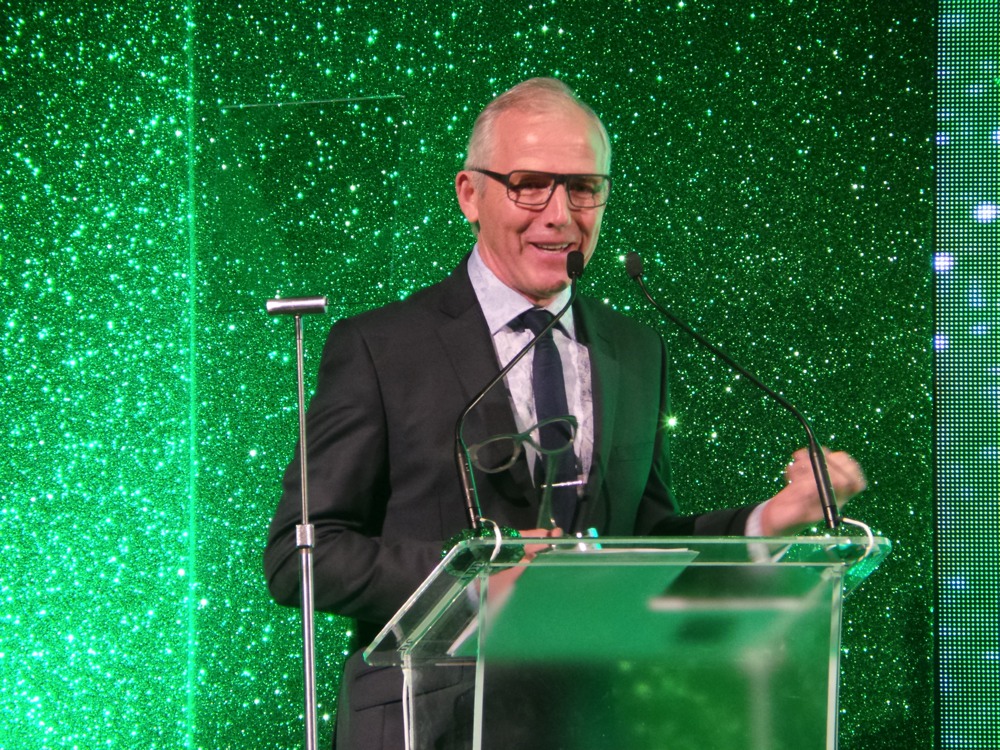 So who is your favourite winner? Is a tough one isn’t it? However we didn’t have to pick but the panel of judges had to and want to know who the judges were? They were presenter Donna Air, hairdressing royalty James Brown, fashion designer Jorgen Simonsen, broadcaster Anna Richardson, Specsavers marketing director Richard Holmes and fashion stylist Kat Byrne. The overall winner was Suzan Smith from the over 60s category.

They always pick one celeb for a Spectacle Wearer of the Year Award and for 2013 it was …… Dame Edna Everage. Not too surprising really because she sure does wear some statement frames that EVERYONE knows her by. 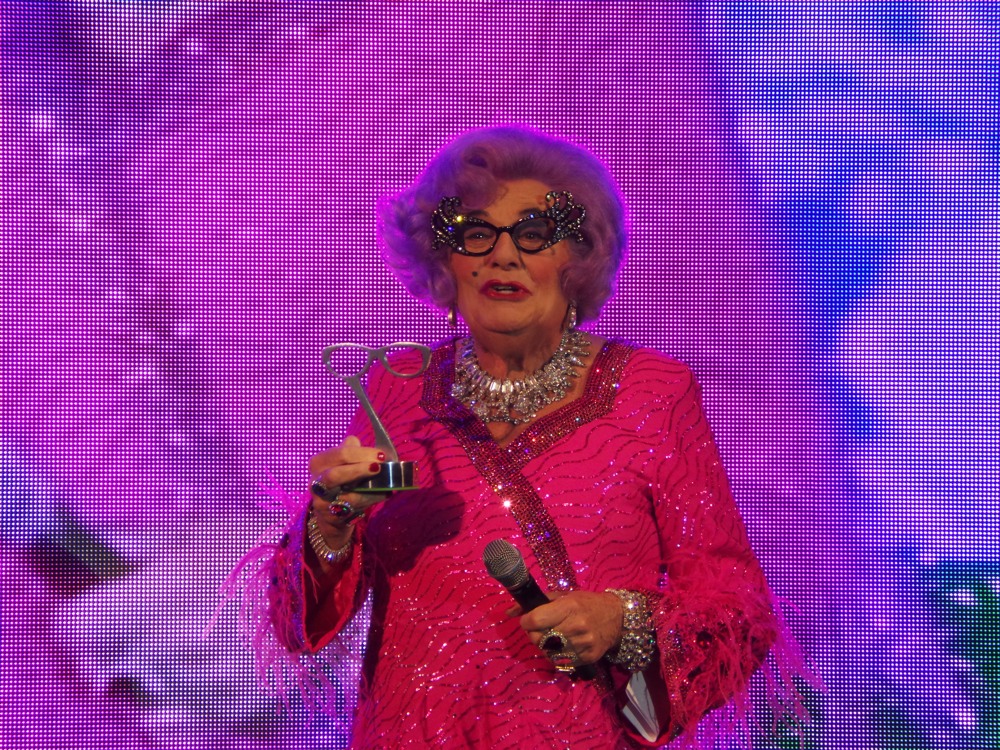 After all the awards were given out and lots of money was raised for charity we were all lucky enough to be treated with a performance by Mel C who was later joined by her boyfriend Matt Cardle on stage for a duet- Awwwwwww! 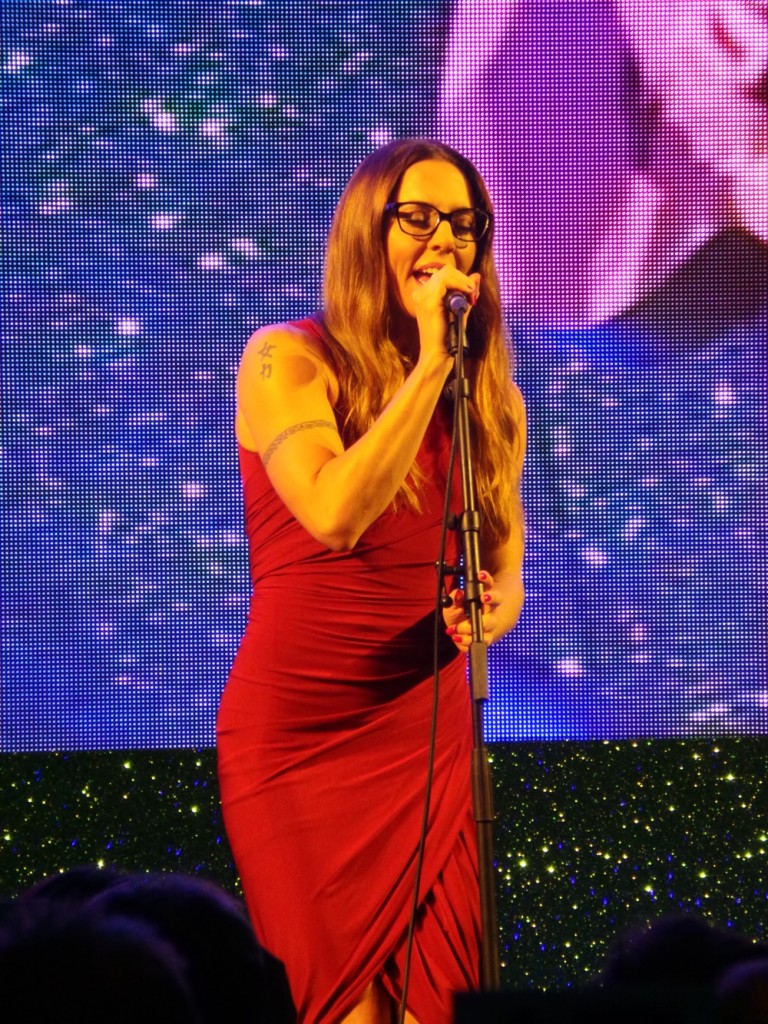 After all the excitement of the awards it was time to let my hair down at the after show party and is was quite funny because Suzan Smith the overall winner was walking around and wasn’t wearing her glasses so there were many raised eyebrows and confused faces- me included! Hahaha.

Spinning the decks for us at the party were Giles Deacon and Henry Holland and this time I actually asked Giles what glasses he was wearing because lets face it he is always spotted wearing some funky ass specs and last night was no exception. He was wearing Cutler and Gross! 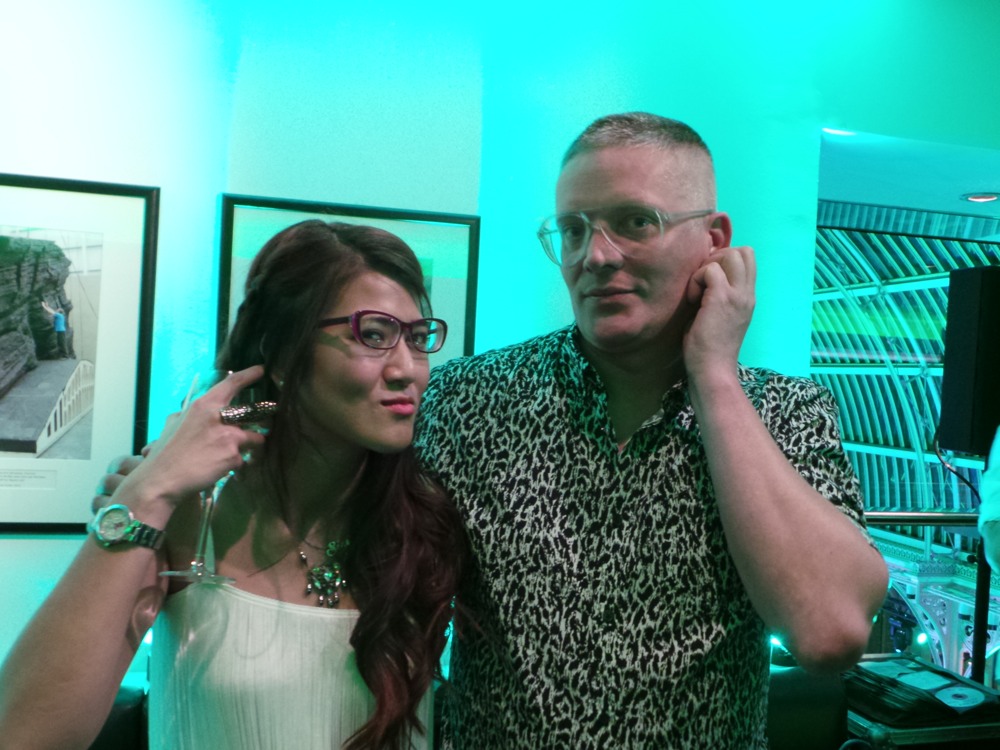 And erm.. yeah that was me doing a funny pose with him. It was supposed to show off our specs but really not sure if that worked and do you like my NEW RedOrDead specs? I bloody love them! Yes, I hear you all… I have got yet ANOTHER pair of glasses.

During last nights event team MGAM were wearing RedOrDead and m.kenics specs. Vanessa Feltz loved the bold white m.kenics specs so much that she literally snatched them off my partners face to try them on! It was so funny! See photo below but what an awesome statement frame tho hey by m.kenics. 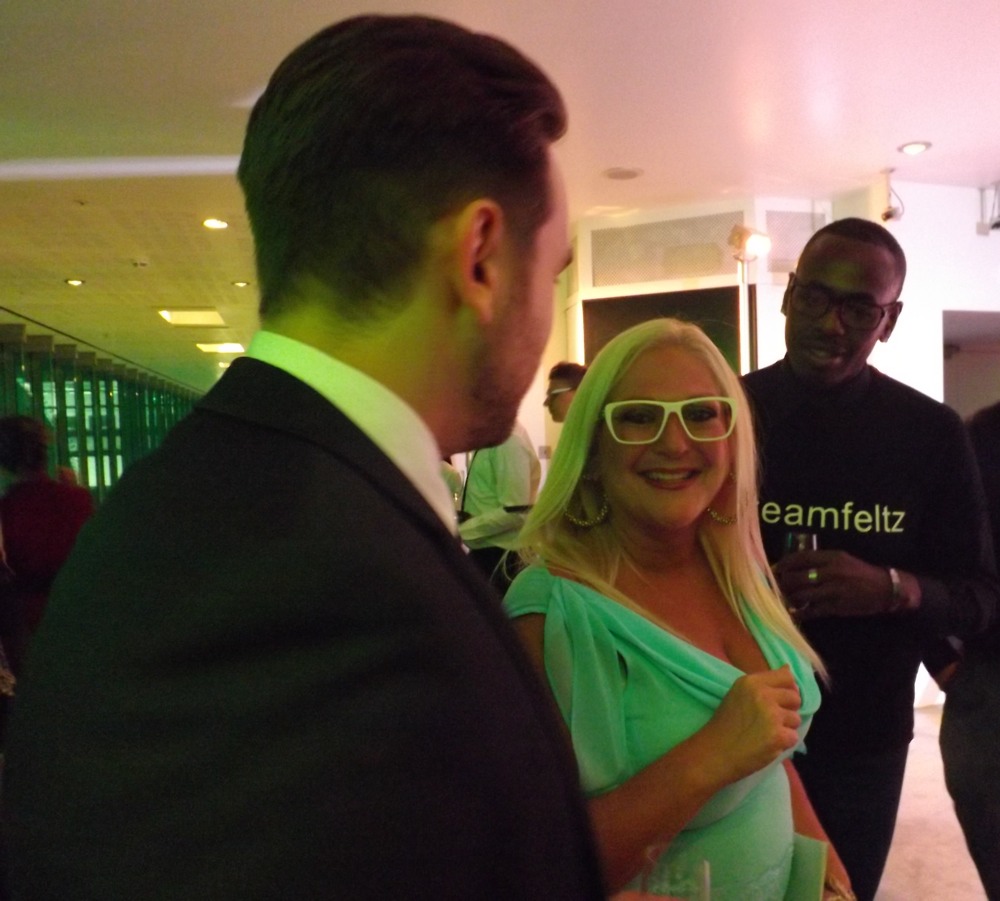 Then the m.kenics frame was so popular that even Oliver Proudlock’s girlfriend Grace McGovern wanted to wear them for the group photo as she did feel left out for not wearing glasses! She looked amazing though didn’t she? Stunning! Very striking frames on her- they do scream STATEMENT. Do you want to know what Oliver was wearing? He was wearing a brand that I have featured quite a lot…. Hardy Amies! However we were having a MASSIVE glasses chat and sharing our passion for eyewear. So it is not just me who loves glasses- thank you! I am hoping to do an interview with Oliver about all things glasses so watch this space! 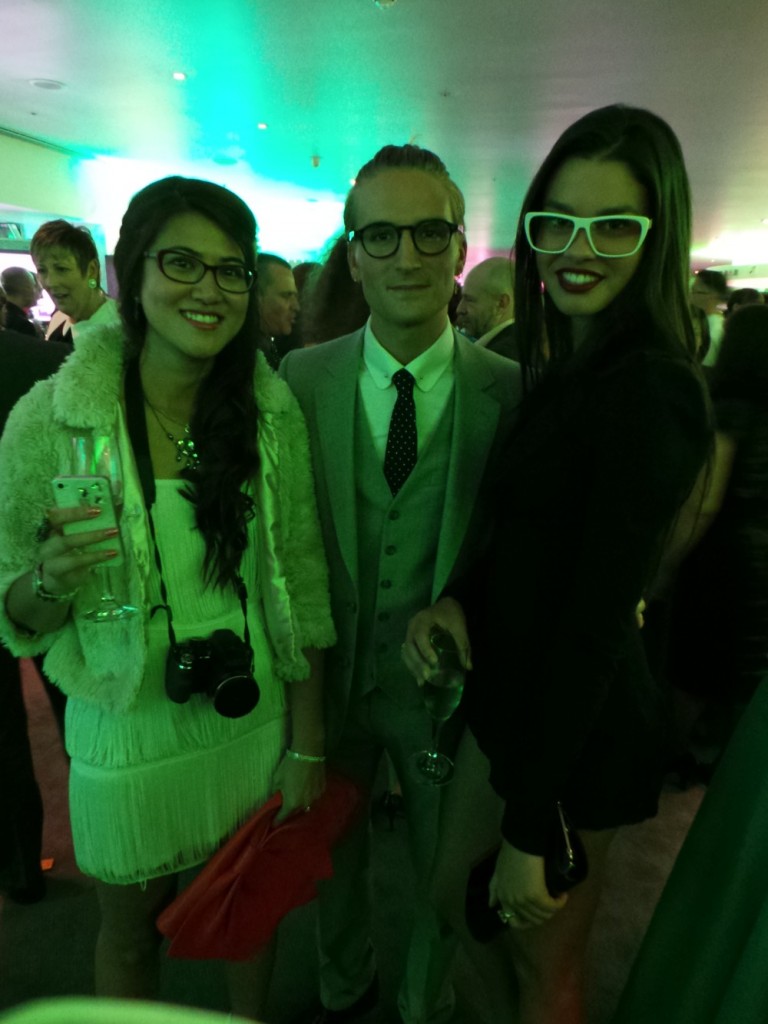 After all the glasses chat with Oliver I was highly excited that I met fashion designer John Rocha and his daughter Simone. We had a very brief chat as I know he doesn’t like the limelight and he is such a humble man and I am soooooo excited to be going to his fashion show on Saturday during London Fashion week. He takes inspiration from his clothing range to design his optical range which are exclusive to Specsavers so I am EXTREMELY excited to see what he has got in store for us all for Spring/Summer 2014.

I was lucky enough to attend the Specsavers Spectacle Wearer of the Year Awards as the official photographer for Team MGAM.  To be honest it is a good job I did!  Otherwise most of the pics would have come out like the one below.

Now from just seeing that pic you could take a guess that the awards was either presented by a tall slim Michael McIntyre or Gok Wan… but you couldn’t be sure! Haha! Sorry Siu.

Anyway whilst I did get to see most of the evening through a camera lens it was nice to be there soaking up the atmosphere.  The champagne reception warmed everyone up nicely and people were milling about feeling free to chat to the industry professionals and celebs alike.  It was a relaxed atmosphere only made more relaxed when everyone was seated and Gok Wan started his hosting duties, he is a pro.  The night went along with a few hiccups but that just added to the atmosphere and the fun that was had by all.

It was good to see so many people in one place actually celebrating wearing glasses!  Mine did get quite a few looks being pure white, they stood out quite a lot. All in all, an great way to spend a spexy Tuesday night.