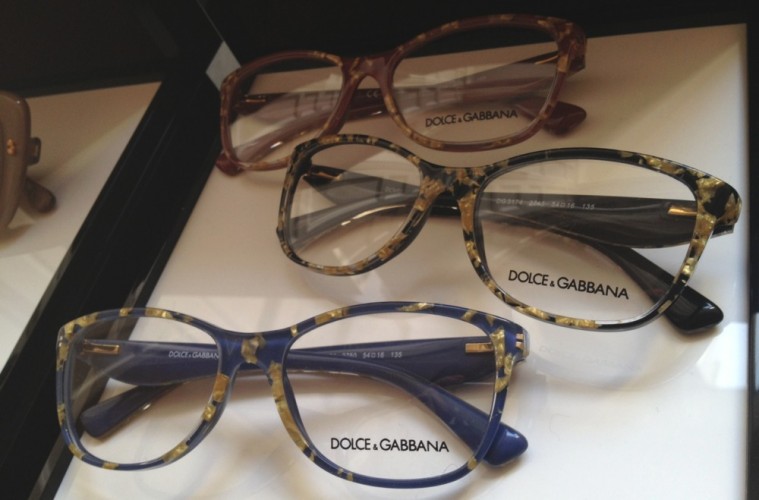 What do we know about designer glasses? Well they are sold everywhere and some independent opticians want to stay well clear of stocking them because they are everywhere. What are my thoughts on it? Well I think they are one of the cheapest and the easiest ways for any consumer to buy into the brand and as far as I am concerned they are like any mass produced frame. From when MyGlassesAndMe first started back in July 2011 I think I was a bit anti designer glasses just because I always had the impression that they are just cheap and mass produced.  I wanted to stay clear of them and put my focus onto niche brands. However, that soon had to change when many of readers said they cannot afford £300-£400 for a frame so can I cater for them too?

Now this season is the first time I went along to the Luxottica press day. For my readers who work within optical then you will know what Luxottica is but for those who don’t they are basically the biggest manufacturer and distributor of eyewear in the whole entire industry.  They practically rule the industry, or they might as well. I have always held off going to their press day because of the impression I had but last season I saw some amazing Prada frames and I wanted to find out more because they were like couture style and I have never EVER seen them in an optician.

So where did those amazing couture style Prada frame came from? Well, during the Luxottica press day is where I had a little lesson on something about eyewear which I never knew! All the designer frames have a basic range which are the much more affordable ones. These are the frames that are EVERYWHERE- the mass produced stuff, BUT you do get a range which is high end.  These are the couture ranges at around £400 upwards for a frame. The couture frames are exclusive, not mass produced and only available in certain places such as Harrods and Selfridges- basically all the high end department stores!

However, if your local optician does stock certain brands that are under the umbrella of Luxottica and you want that couture frame then your optician can order them in especially for you. That is something I never knew and always thought those couture frames were for fashion shows and photo shoots only, but no! Us normal peeps can get our hands on them too. There were so many brands there during press day and some real statement pieces too which you don’t really see in an optician but I really loved the D&G gold leaf frames (the picture above). They really stood out to me because they look fairly normal and wearable BUT a bit of a statement piece too.