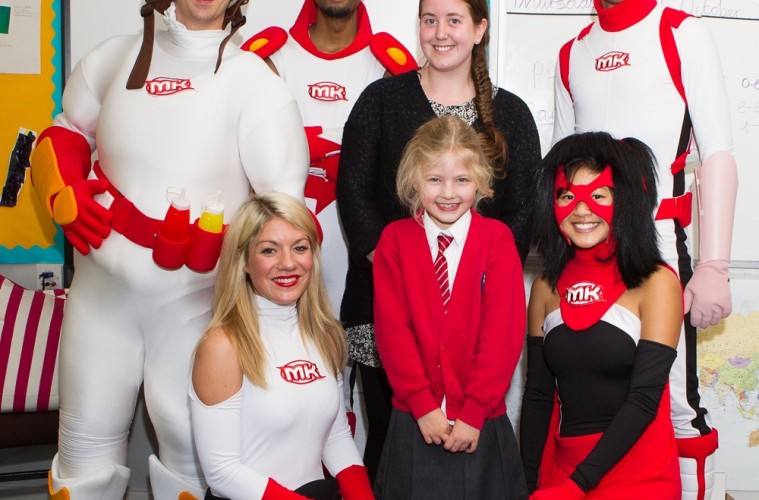 Back in July I did a blog post on Vision Express launching a childrens eyewear campaign where one lucky child would be picked and turned into a comic book character. The idea behind it was of course to encourage children to get their eyes tested, especially when it is free to them (its free for under 16) as statistics show only 19% of children take advantage of that.

Many, many kids entered but only one lucky child was picked and the winner has been announced! Say congratulations to Maddison Andrews, aged 7. She will be drawn as a superhero as part of the Vision Express joint venture with Medikidz, an award-winning, global venture which conveys healthcare messages to children through comics featuring the adventures of a gang of five superhero characters called the Medikidz.

Meet the gang of comic super heros and Maddison… 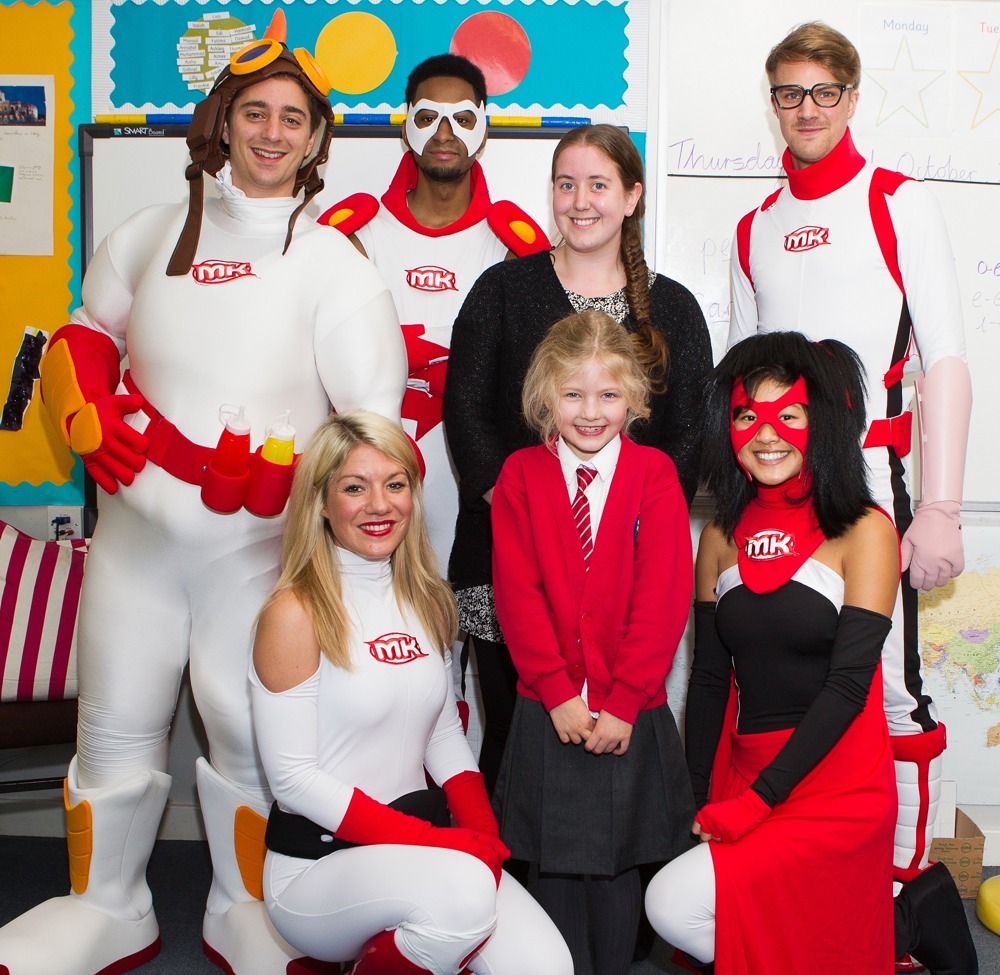 Maddison with her school teacher and the comic heroes

In the comic they have made Maddison as the lead character, the humorous comic drives home the importance of an eye test, depicting common problems children experience with their vision and showing what an eye test involves. Skilled illustrators hand-crafted Maddison into the story over the past six weeks.

So want to see the finished result? It is pretty cool I have to say and with influences such as The Avengers I am sure more children will want to get involved if this campaign continues.

I think if I get turned into a super hero when I was younger I would never have want to stop going into an optician because that is pretty cool. I mean lets face it… who doesn’t want to be the next Iron Man or Captain America of the eyewear industry. Many Congrats once again to Maddison and I am sure if this first collaboration between Vision Express and Medikidz is a success then there will be more to come.