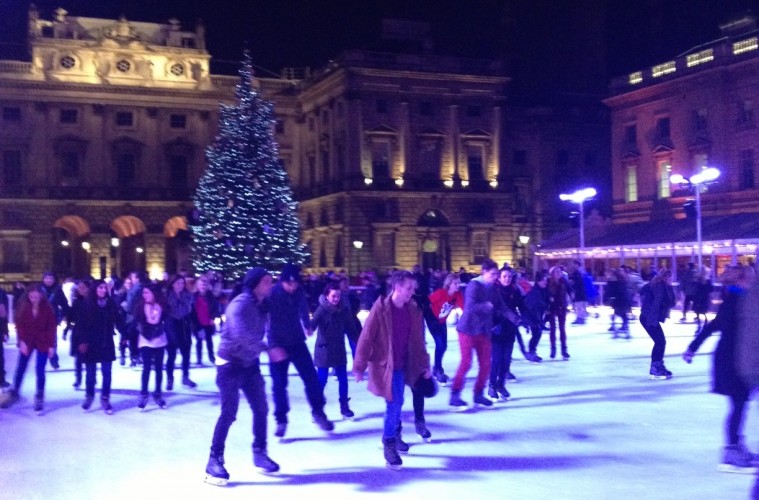 How was everyone’s weekend? Mine was pretty good and I have actually started my Christmas shopping- impressed!? As you all know on Friday night I went ice skating with my uni buddies and I chickened out on the glasses idea at the very last minute. However, good job I did. Firstly, we all left my friend’s house late (too busy chatting), so we poured some mulled wine into plastic wine glasses and ran for the train- funny as hell! Mulled wine went EVERYWHERE it even splashed in my face- yum! If I wore glasses that could have been a disaster trying to get that off! However, we did make the train- just about! We all sat down and had about half a glass of cold mulled wine left. Hum… yum, cold mulled wine! No idea why we thought it was a good idea.

We got to Somerset house safely with no drama and we were getting ready to ice skate. I was a little rusty and not too confident at first but I was ok. Definitely not to “dancing on ice” standard though. One of my friends bless her, she was really scared so she was hanging onto me for most of the night whilst the other two took photos and videos. I didn’t fall over at all so my fear of looking like bambi was not confirmed BUT I discovered it’s not me falling over I had to worry about.  I should have been more worried about other people. Some girl nearly fell over so she was quickly swinging her arms to try and balance herself and nearly hit me in the face! If I had glasses on that would of been dangerous. That’s only something us glasses wearers have to think about so I was glad I used contacts and betrayed my glasses for the night. Shhh, don’t tell anyone! Hehe. 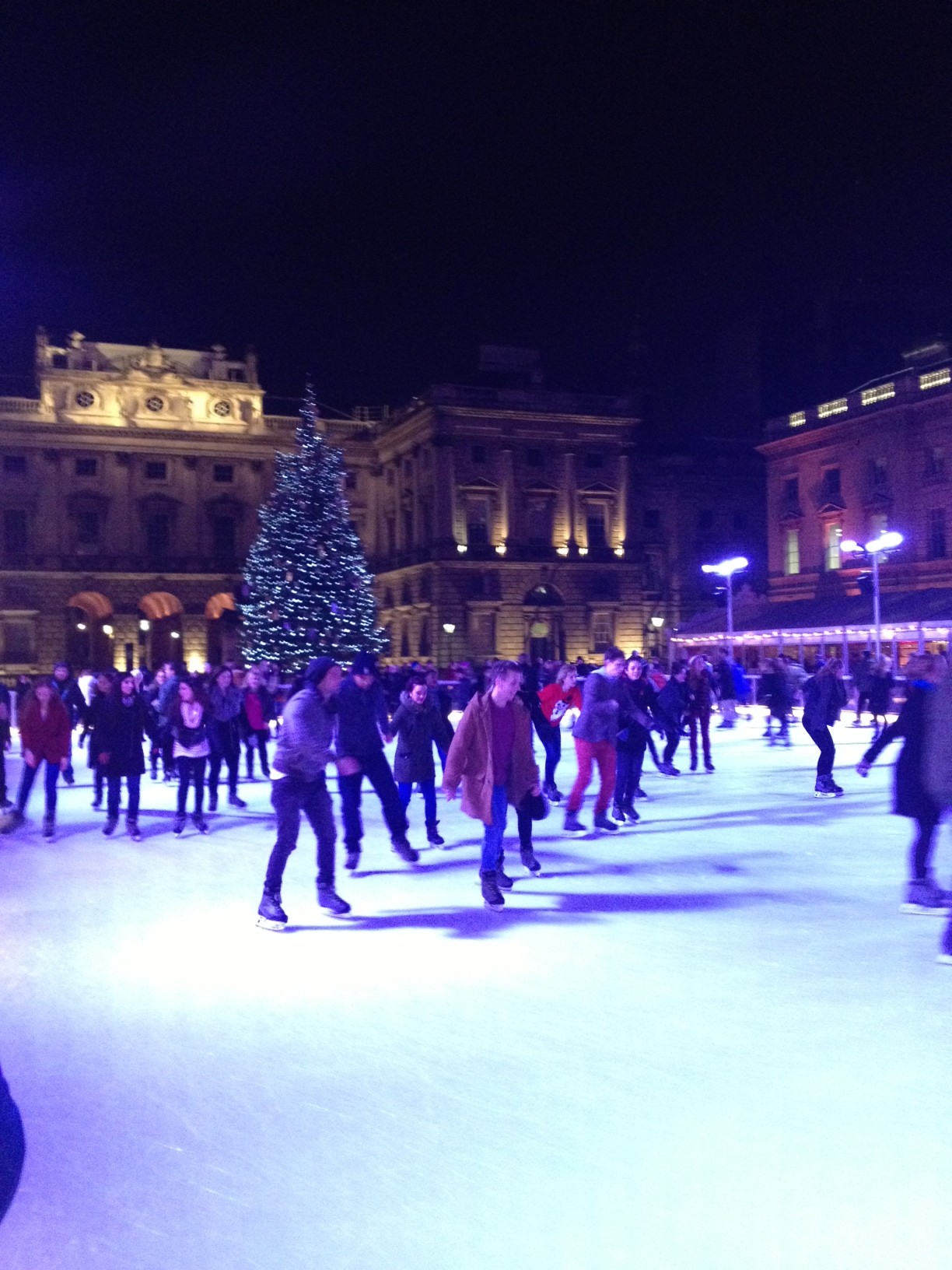 My friend (who was a nervous skater) got pushed over by a guy which really didn’t help her confidence. I really do think in situations like this, it is the other people who we should look out for. There were skaters there that were cocky and just zoomed past people then you get the other extreme where they are hanging onto the rail for dear life.

Of course there were a few people there wearing glasses and good for them since I chickened out but I did see this guy who were wearing glasses got them knocked off by another skater. A pure accident obviously  but again he was minding his own business skating away with his friend and it was the other person (who I think was probably a bit too drunk to be skating,talk about dangerous!). So my conclusion, it was best to stick to contacts for one night as it turned out to be the safest option. Sorry to be sticking up for wearing contacts but safety first and just because we love wearing glasses it doesn’t mean it is not ok to wear contact lenses at the right time!