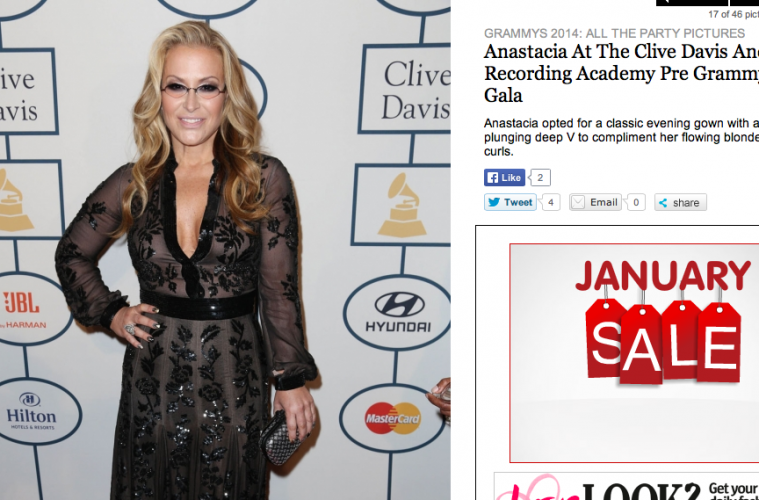 This morning I woke up to lots of Facebook and twitter feeds on the Grammy Awards 2014. Who wore what on the red carpet and who wore what designers, it was basically one massive fashion parade. I have to ask… what the hell was Daft Punk wearing? Was it cool or was it just darn right ridiculous? I can’t quite decide but either way they sure made it into a lot of my news feeds.

The Grammy Awards are probably one of the most glam and glitzy events on the music calendar so all the artists that attend do go all out and dress for the special occasion. Whilst the rest of the world was busy staring at what Rihanna wore at the Pre-Grammy Gala, how Taylor swift thought she won an award but didn’t (BIG whoops and how embarrassing) and busy checking out if Miley Cyrus was going to wear one of her crazy outfits which she didn’t (as she didn’t even go). I was busy checking if anyone wore glasses! There were definitely many male artists wearing sunglasses, but why sunglasses? To block out all the flashing cameras OR is it just a statement to look cool? I have to say to my disappointment not many celebs wore glasses 🙁 sob! The only one I could really find was Anastacia. 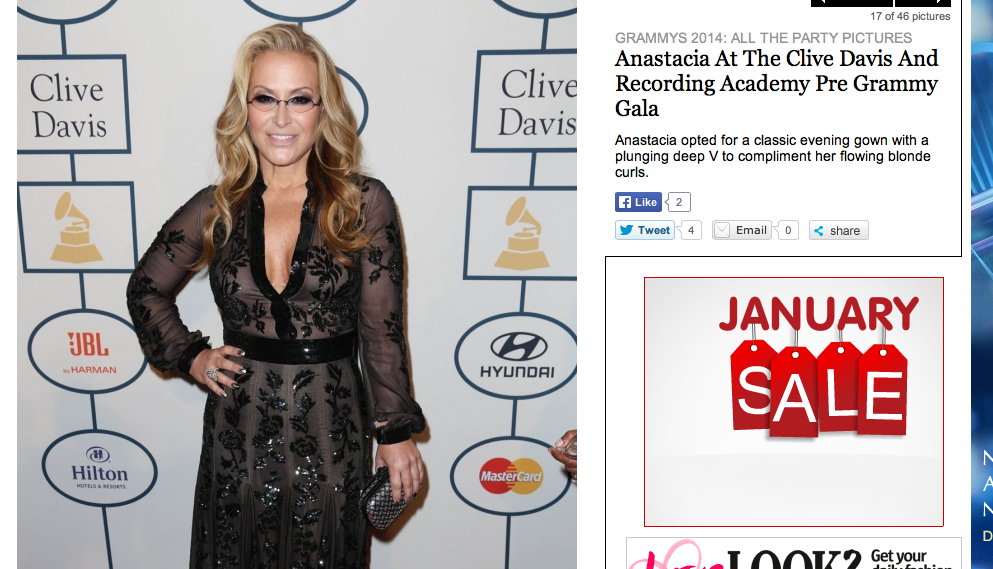 Anastacia at the Grammy Awards 2014 – image from Look magazine

Now from this photo I am trying to work out if her glasses are tinted at the top? The lenses are mid transition? OR she just wore really smokey eye make-up? I am not too sure but I would like to go with the last option- heavy make-up. Nice glasses though hey, you can barely tell they are there which works quite well with her dress with all the beading, sequins and sparkles otherwise statement glasses may have looked too fussy with that outfit.

Many stunning outfits were worn last night at the Grammy Awards 2014 but shame not many were sporting glasses, maybe next year. I am sure soon enough everyone will view glasses as the accessory to have on the red carpet and at catwalk shows. Watch this space peeps!