Over the weekend (if you read my post on Friday then you already know) I was driving to Wales for my friends 30th birthday. She is a very good uni friend of mine and this was also my second time in Wales. Again, Wales welcomed us with rain and wind- standard but nevertheless still a very pretty place. For my friends 30th she decided to throw a house party at her parents house (poor parents) but it was a big house and it is built from stone. Apparently that makes it more sound proof and it was a good job really.

It was a fancy dress party and the theme was 30’s, 40’s and 50’s black and white glamour. I had been digging around my wardrobe LOADS for this theme and I really didn’t have to buy much apart from a pair of black giant novelty catseye glasses which I forgot to pack! Epic fail on my behalf. You may ask “well why didn’t I wear my purple Red or Dead catseye?”. Well they aren’t black and the theme was black and white glamour plus I really wanted to wear my fake eyelashes- I love wearing them! I can’t wear fake eyelashes and glasses, they will end up knocking against the lenses. So instead my friend lent me these bad boys. 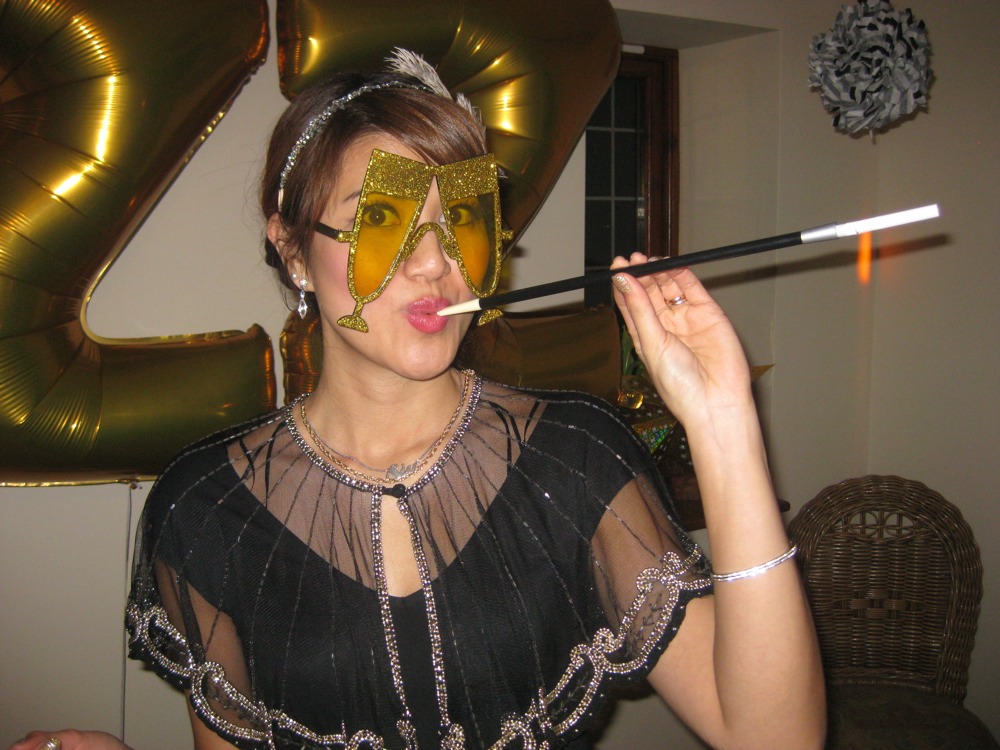 Oh yes, Audrey Hepburn eat your heart out! Aren’t they a bit sexy especially with my cigarette holder, bearing in mind I don’t even smoke but I just wanted it! Somehow I feel my giant catseye glasses would of gone better with the outfit but never mind. I had a blast and to be honest with the state I was in by the end of the night it was a good job I wasn’t wearing any form of glasses. My friend and I were spinning each other around and around whilst drunk then we pretty much ended up on the floor. So yeah, glasses probably would of ended up on the floor and someone would have stood on them.

Actually, have any of you ever broken your glasses on a night out, when the night got a bit too messy? If so please do share your story with us 😉  anyway it was a great party and my friend is officially a dirty thirty year old and I am not that far behind. Hehe.