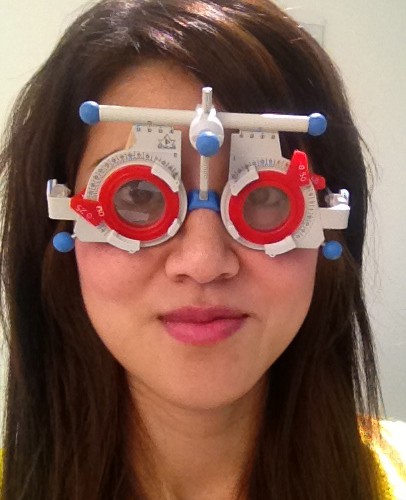 Eye tests… how often do you have them? It is advised to have them every 2 years but I actually go every 6- 12 months just because I find my eyes keep going up and down quite often. They only either go up or down by like 0.25 which isn’t a lot and I know I can probably survive by not getting tests done that often or by not getting new glasses but when I see things far away I can feel that 0.25 makes a difference. That extra 0.25 in my lenses does allow me to see objects further away that much sharper instead of squinting.

Anyway, last week during the Heston Eyewear launch Vision Express was offering all press a complimentary eye test and yes I did take a full advantage of that because it has been about 6 months since my last test and my glasses just don’t feel quite right so I thought I might as well get them checked out. I was in the perfect environment for it plus I always like to get my eyes tested in different places just so I can compare 😉 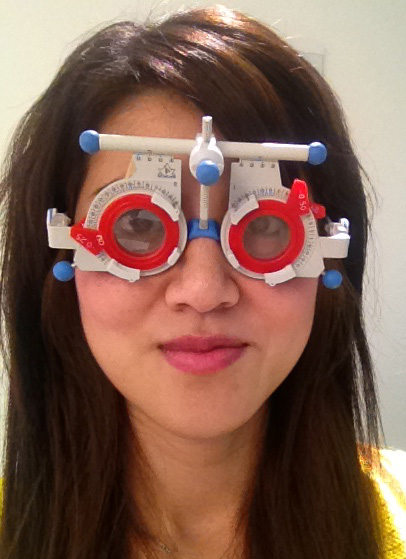 I have to say I never experienced the pressure test before in an independent opticians but I did here. The rest of the test was of course the same like any other place. Getting you to read things from a distance and then close up. During every eye test I have had whenever I had to wear these really horrendous “glasses” I always had the urge to take a photo of myself just so I can see how bad I look and this time I plucked up the courage and did it! I did an eye test selfie!

The optician didn’t think I was that weird when I told her what I do for a living, in fact she thought it was great I didn’t mind taking really bad photos of myself and sharing them on the world wide web. You know what, it is lucky the test isn’t long hey because those damn glasses are so uncomfy and get quite heavy after a while. Once again yes, I am having a moan about the pain us optical wearers have to go through which you people with perfect vision will never experience but I wouldn’t change it for the world. Finally, a word of warning before I go… don’t forget to get your eyes tested regularly, especially if something doesn’t feel right. An eye test is not just to test your vision but it can detect a lot other illnesses.