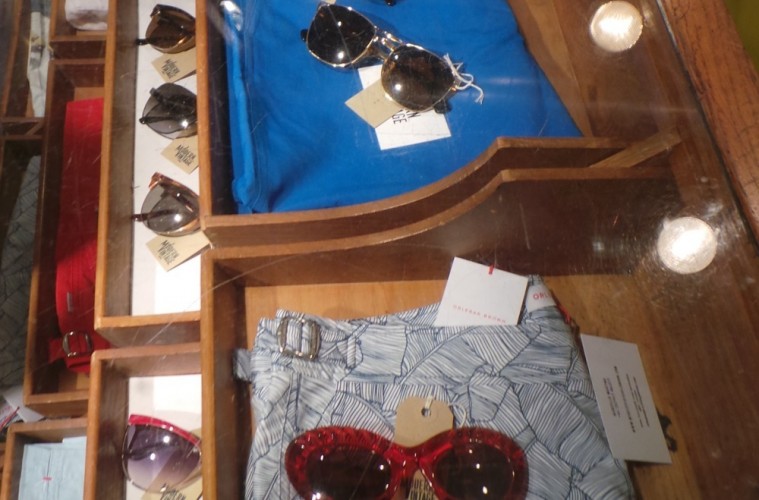 Last night I was at the launch of Modern Vintage London in Pitfield London. By the way if you LOVE vintage and want to kit your house out in vintage gear then Pitfield will be your new best friend. The store is really cool, it may seem a bit of a mishmash with a cafe and gallery attached but somehow it works and I love it. But why was I there? Well Modern Vintage London is a newly founded eyewear company who is now selling vintage sunglasses in Pitfield. I am a huge fan of vintage glasses because they always seem way too cool. You really cannot buy glasses like that anymore but I have never actually bought a pair due to how worn out they are.

This is where frame designers Sandra and Marcello come to our rescue. Both designers have had many years experience designing frames so they have a wealth of knowledge. Originally both designers were searching for vintage frames as a source of inspiration for their own designs but as they collected more and more (with some of the frames not being in terrible condition) they started to look into reconditioning and wearing them as new (or as good as new). This was the beginning of Modern Vintage London. 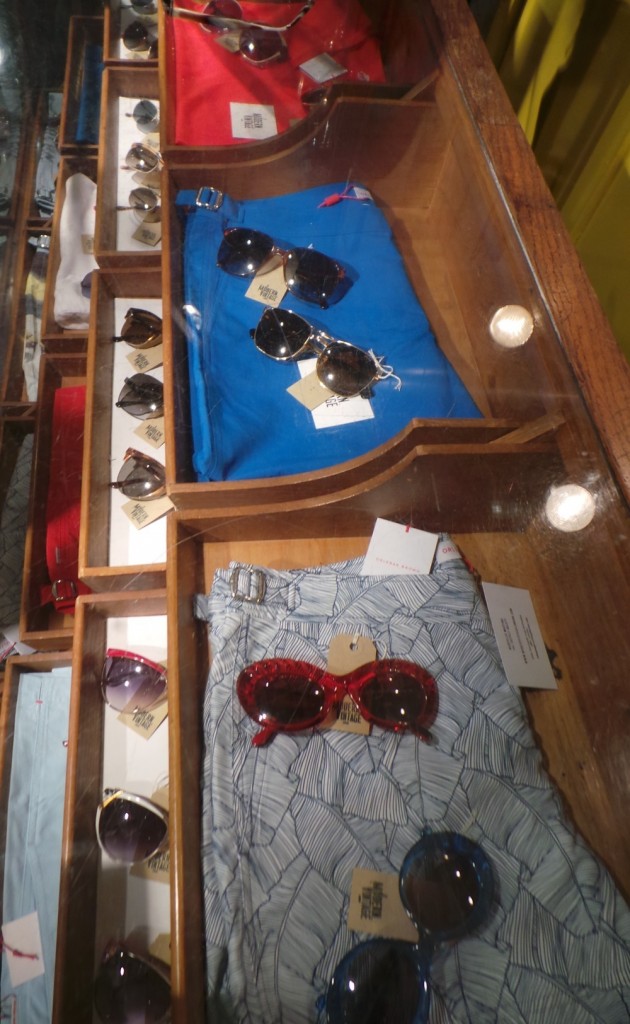 All the frames are either from the 60’s, 70’s or the 80’s and they are all genuine pieces. Each frame is carefully reconditioned by a team of skilled craftspeople in North Eastern Italy and once the process is complete the frames are nearly as good as when they were first produced. Each frame has new lenses put in so you don’t have to worry about scratches.

The frames are either unique pieces or only a handful of them are available so once they are gone, they are gone for good! If you love them, buy them there and then! Marcello was telling me some interesting facts about vintage frames. A lot of techniques manufacturers used to use to create the frames have now vanished due to cost. 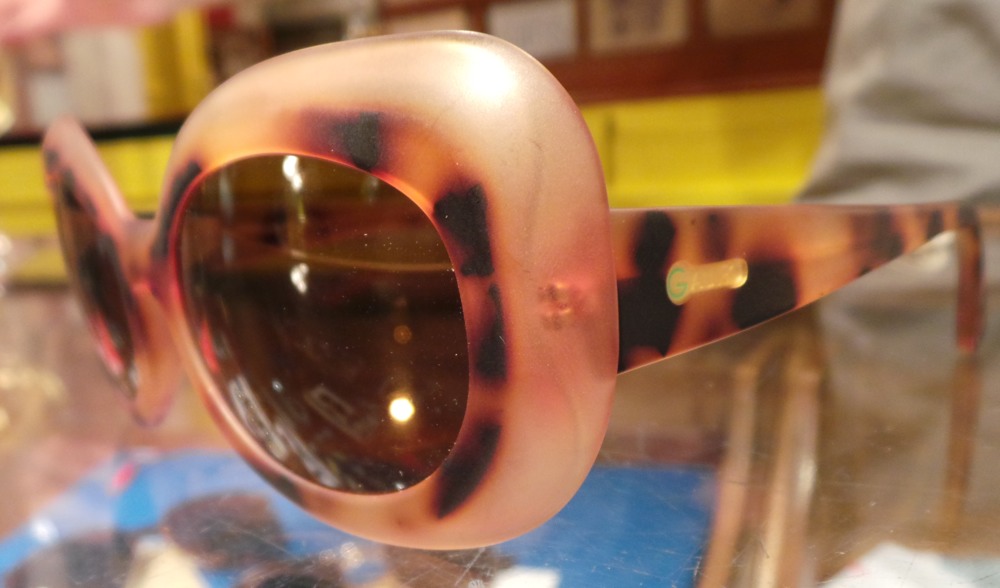 For an example, the frame above with the tortoiseshell effect. Now days to achieve this look it is normally done by layering the acetate but not for the frame above. It is all one piece of acetate which has been sanded down by hand, the finishing is exquisite! So smooth and the finishing doesn’t stop at the front of the frame, the back has also been carefully finished with a slight cut out detail. 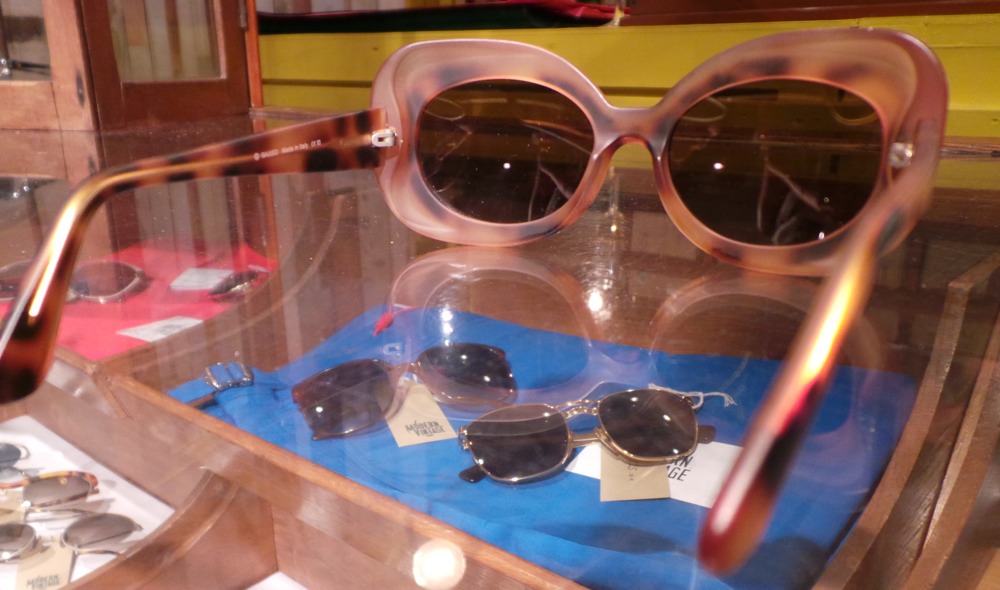 Marcello was telling me now days manufacturers would not put their focus at the back because it simply costs too much to do, unless consumers are willing to pay the money. It is such a shame this kind of technique and finishing has been forgotten due to cost.

How beautiful are the frames below? Using this kind of decorative technique is definitely rare now! 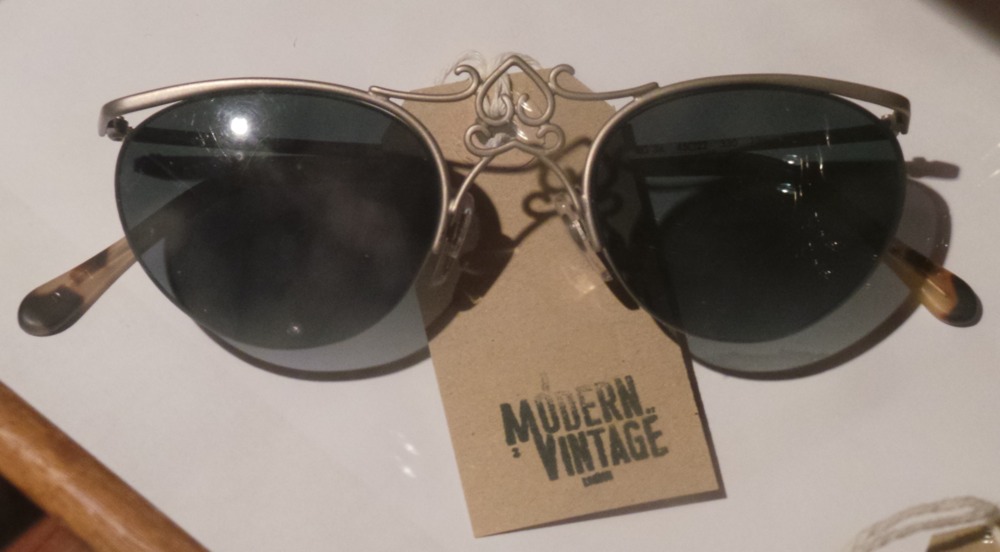 My favourite frames from the collection are the ones I am modelling below. When I tried them on they felt very comfy to wear and to my surprise not that heavy at all as I know some vintage frames can feel heavy on the nose. The detail on the corners is stunning but if I bought them I would be so careful where I wear them just incase anything happens to them. 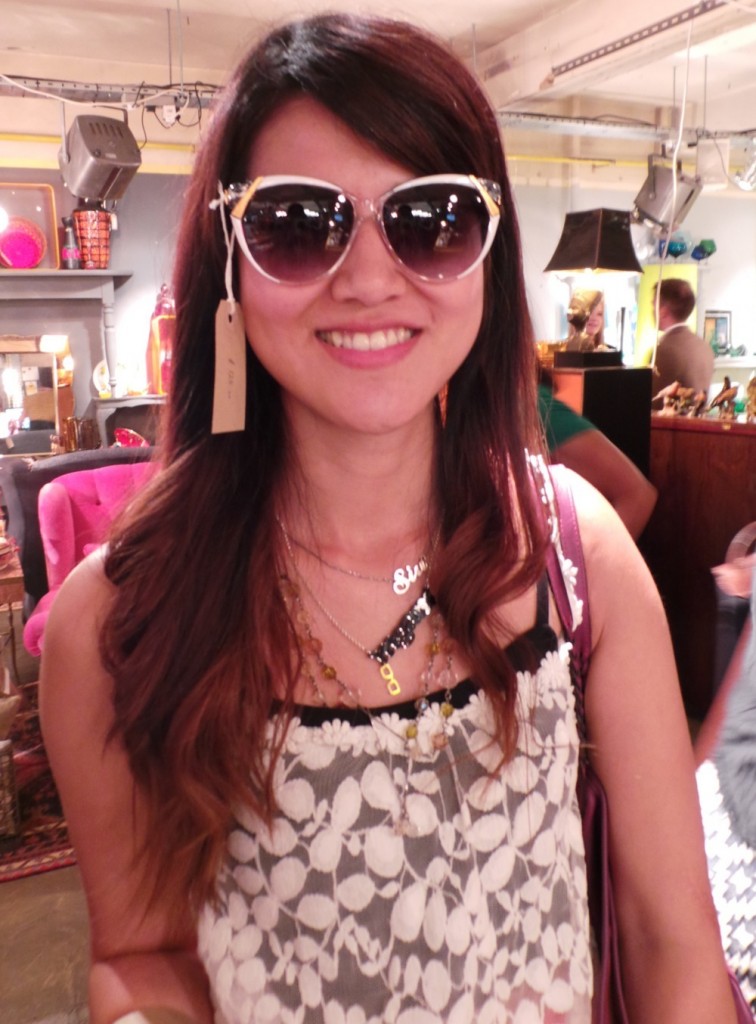 At the moment Modern Vintage London frames are only available to buy in Pitfield and prices starts from £85 and go up to about £195 which is a bargain if you ask me since they are genuine vintage pieces that are nearly as good as new. GO AND CHECK THEM OUT!