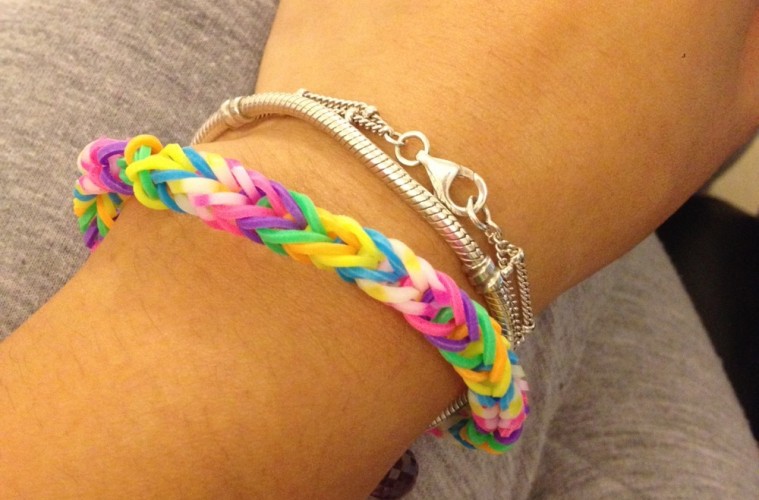 Everyone in the world must have heard of loom bands by now, if you haven’t then where have you been? Over the weekend I was at my cousin’s house who has three young children from the age of 3- 8 so they are all about the loom bands. It is safe to say over the weekend I learned a thing or two about these little elastic bands which are causing a storm worldwide. It is such a simple but clever concept and I was fascinated by them but of course in a different way to how the children were. Loom bands are simply a smaller versions of elastic bands and the concept is simple, you loop it on your fingers to create different style bracelets.  They are like the friendship bracelets of the 21st century. I used to make friendship bracelets but out of pretty coloured string.

As well as looming them on your fingers you can also use a looming board to help you create even more styles and the creativeness is endless, there are so many different combinations and all you need is your imagination. You can even add charms to them or if you don’t fancy making a bracelet… no problem, you can make cartoon figures or even a dress if you are feeling that adventurous like that girl did on ebay. 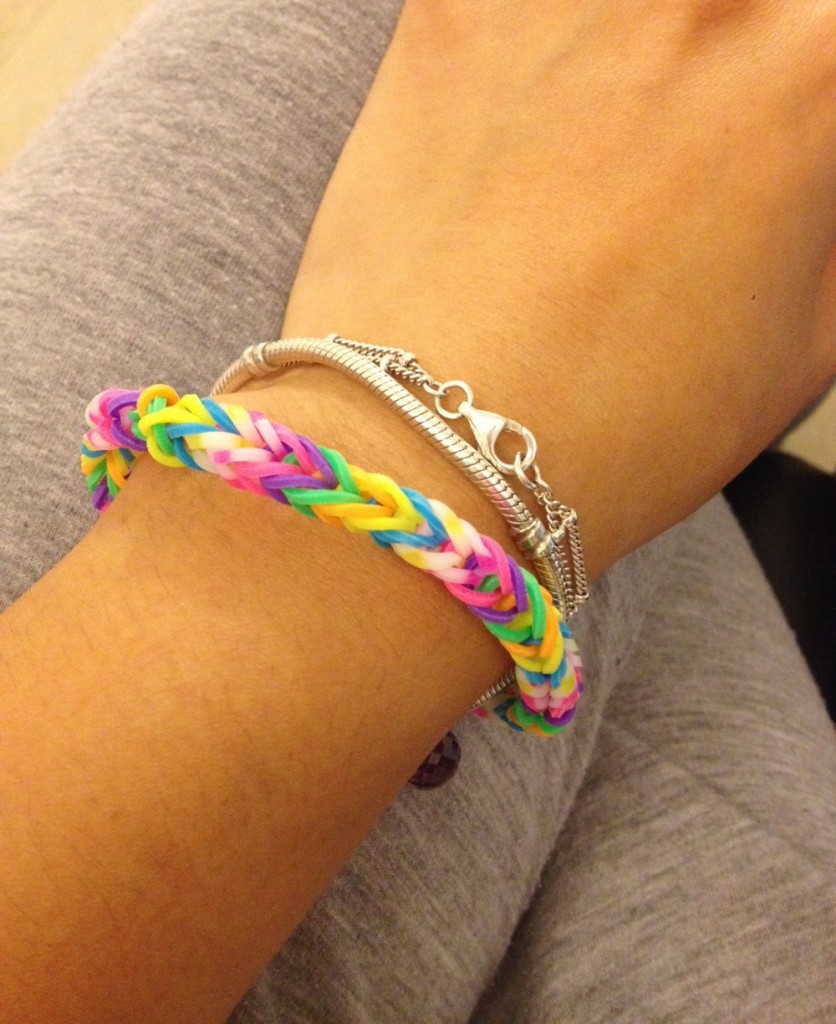 Don’t be silly, you can’t make a pair of glasses out of loom bands because they are just elastic band unless you can somehow harden them with chemicals. However, loom band can be used to decorate the temples of your glasses! Now that is a clever idea because you can use them to personalise your very own pair. This idea is probably more for children who wear glasses and it probably won’t catch on with adults unless your child decides to loom your glasses without your permission!

Other popular use of loom bands with glasses is to create glasses chain to hold your glasses around your neck. Apparently that is pretty popular with the elderly who have grandchildren, but again what a great idea and a cute gift from the grandchildren. This final way of using loom bands is probably my favourite because some children’s glasses brands are always trying to design glasses that wrap around the back of the head so they stay put since they are so active but now you can loom yourself one and in whatever colours you want. Genius!

During my research on loom bands this is my favourite video on how to decorate your glasses temples. Oh yeah and the photo above was my loom band bracelet from my cousin’s children, it is a fishtail loom… apparently.