Cast your mind back to February when it was still cold, do you remember the launch of the very first London based eyewear show, 100% Optical? The show was organised by the team at Media10 who also produce other successful shows such as Grand Designs, The Ideal Home show and 100% Design. These people know how to put on a good, successful show. For those of you who work within the optical industry you are probably aware of shows such as Mido, Silmo, Munich and a UK based one OptraFair.

With so many optical shows around why did Media10 decide to launch their own? The answer is quite simple, Mido is based in Milan, Silmo is based in Paris so why not have one in London which is one of the fashion capitals since Optrafair is predominantly based in Birmingham. Birmingham just doesn’t sound as glamorous as London, one of “the” fashion capitals, because eyewear is fashion! Each season more and more eyewear is being used on the catwalks and slowly but surely eyewear will take the limelight.  It makes sense for Media10 to come in and promote the fact that London is capable to produce a world class optical show, just in the same way that London can produce a world class fashion show. 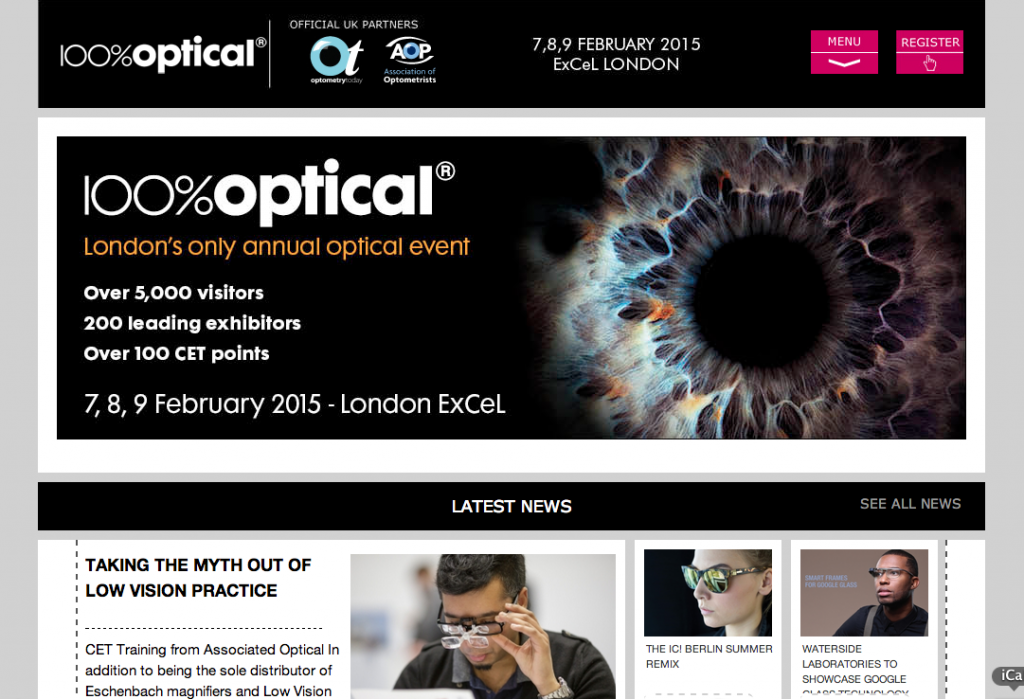 MGAM is extremely honoured and privileged to be partnering with such a great show again and helping to bring this show to life in February 2015. Last year for the first ever show they already attracted over 5000 visitors and of course for 2015 they are going to improve on that figure by making it bigger and better. At the moment we are busy plotting and planning ready for February 2015 so stay reading the MGAM blog, follow us on twitter, instagram and Facebook for all the latest updates on the show. I promise you it will be a great show! The one to watch.

The show is from 7th – 9th Feb 2015 (Sorry mum, I will be working on your birthday!) so keep those dates in your diary. For fashion lovers, bloggers etc – 100% Optical is a week before London Fashion Week so come along and check out the eyewear fashion, the fashion shows and most importantly their kick as launch party because Media10 certainly knows how to throw a great party 😉 fact!