Carrying on from last Fridays post on London Fashion Week street style today I am going to post the other image I took. As I was saying, because the weather was so damn good it was pretty to hard to find ANY specs wearers at all because everyone was in sunglasses (which is fair enough). Make the most of the sunshine and the last bit of that summer sun that we are going to get before winter comes.

It was a hot day and even throughout the weekend the weather had been pretty good and no sign of the dirty “R” word (rain). So I was rather shocked when I spotted this girl from a distance wearing a fur headband, I thought how crazy, it is so hot and I am getting a tan here wishing I was in my bikini. Nevertheless, she had some pretty cool glasses, not necessary cool as in statement specs but they worked really well with her outfit and the fur headband! 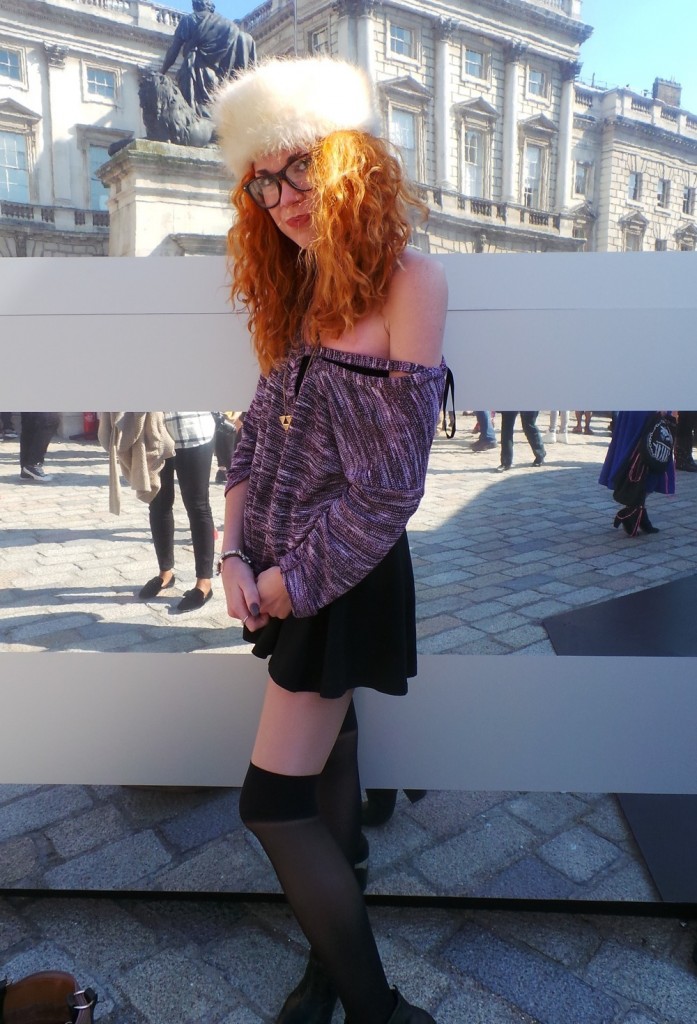 Tomorrow will mark the last day of London Fashion Week so it is another season bites the dust.However, stay tune for more London Fashion Week write ups where I will be bringing you which designers featured specs in their shows and which brands of eyewear were used at those shows just so you all know what styles of specs to wear for S/S 2015.