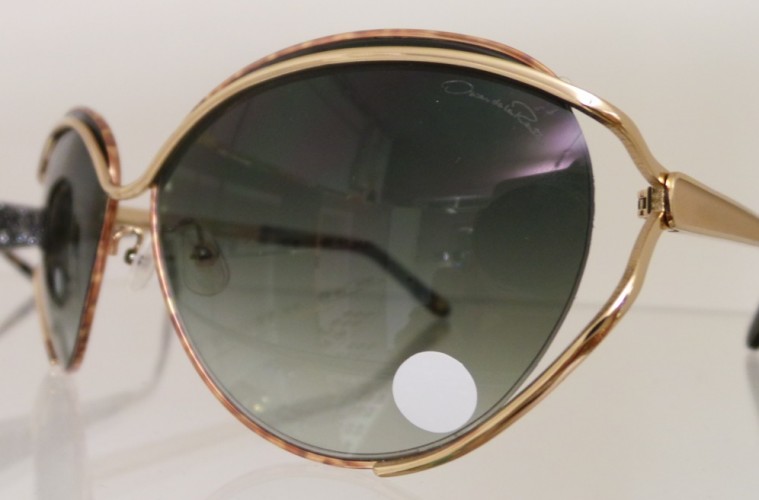 You may have seen on the news a few weeks ago that well known fashion designer Oscar de la Renta passed away and in the fashion world this is a big loss. He was a legend in the design world and designed for many A-listers from Sarah Jessica Parker, Emma Watson and Taylor Swift to name a few. As well as designing stunning red carpet gowns he was also well known for designing some of the most breath taking wedding gowns. His latest creation within the 2015 collection was worn by Amal Alamuddin the new wife of the very handsome George Clooney’s. (lucky, lucky lady!).

As well as designing beautiful dresses Oscar de la Renta also has a range of couture eyewear which are under the Linda Farrow umbrella. Linda Farrow has the licence to design & produce some pretty high end fashion frames from the likes of Dries Van Noten to Philip Lim. Linda Farrow doesn’t just buy the licences and take full control of the design process like most, they actually work closely with the designers themselves for each collection. The Oscar de la Renta collection I saw during their press day couple of weeks ago was the last from the legend himself. 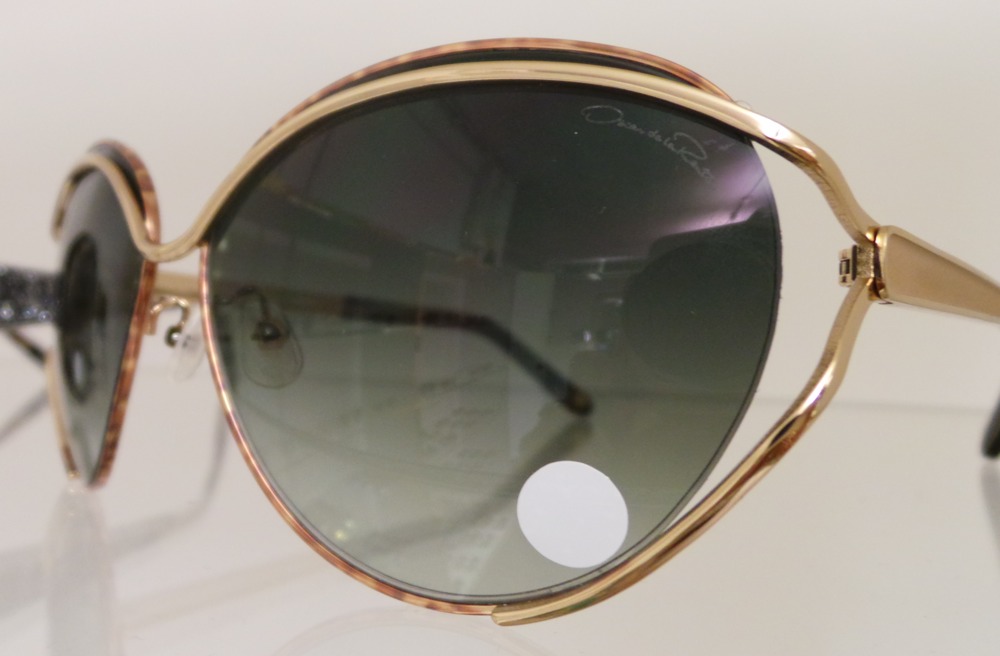 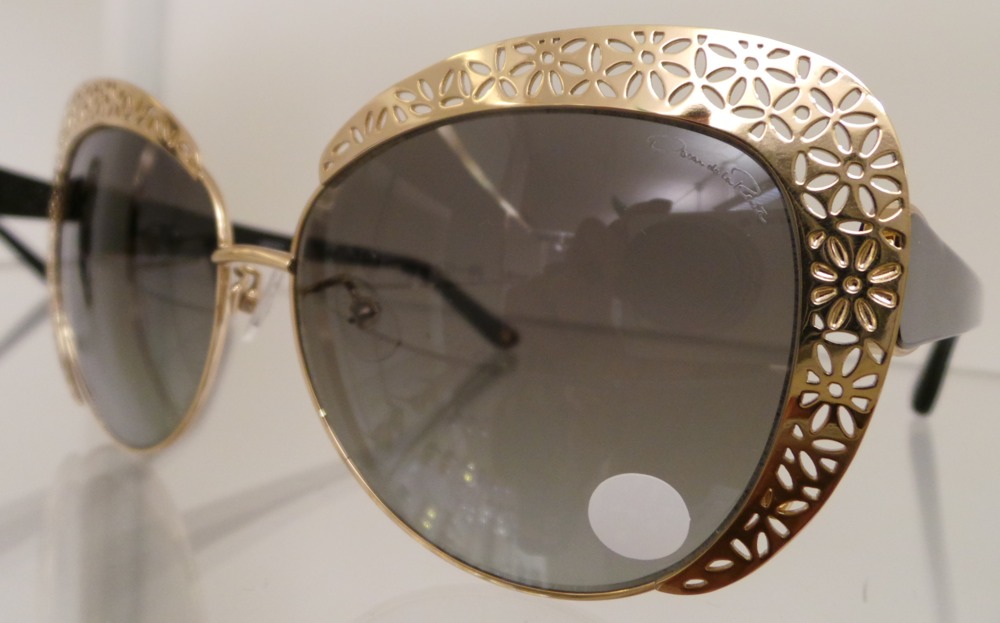 The collection was small but all the pieces were beautiful and the detailing was very intricate just like his dress designs. Again, like I have seen with many S/S2015 collection the use of metal is definitely a theme as many designers are using it as the material of choice and it was no different with Oscar de la Renta. However, many new and clever designs are being introduced to break away from the boring old methods and to add new excitement to metal frames. 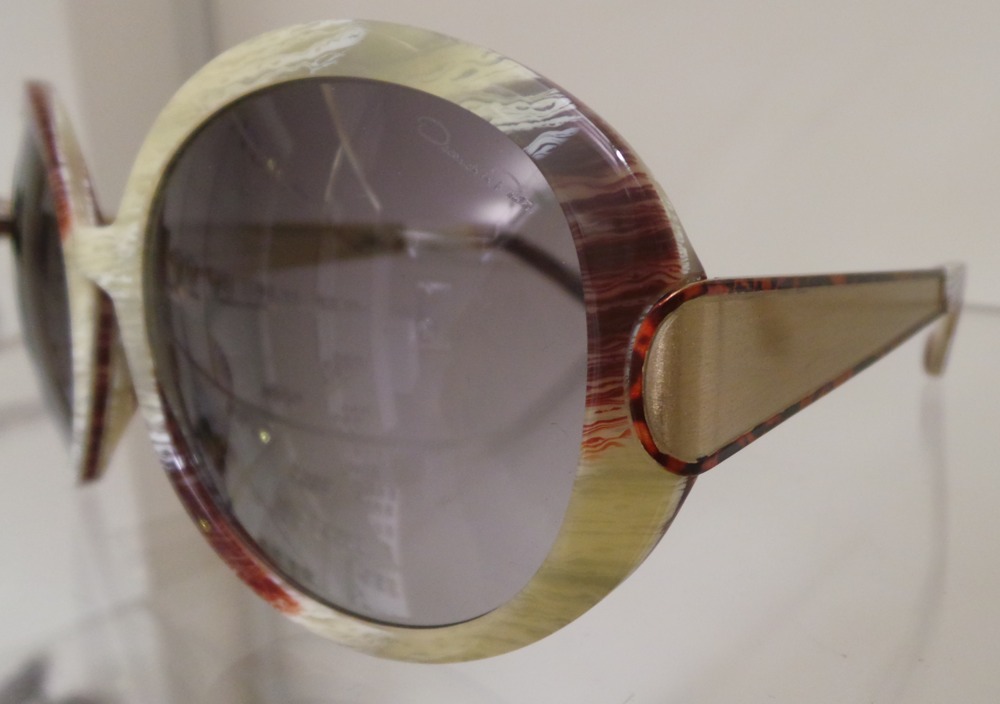 As with most S/S 2015 collections I have seen, many of them have chosen to mix two materials together, again we are seeing this trend being shown here. Overall I really like the collection as I think the detailing is beautiful and elegantly done, just like all his red carpet creations. The only one negative point I would say about them is the metal frames may be a little heavy to wear for long periods of time but hey I guess it is like beautiful shoes… no pain, no gain. You want your feet to look beautiful then suffer! The same could be applied to eyewear too, I guess 😉