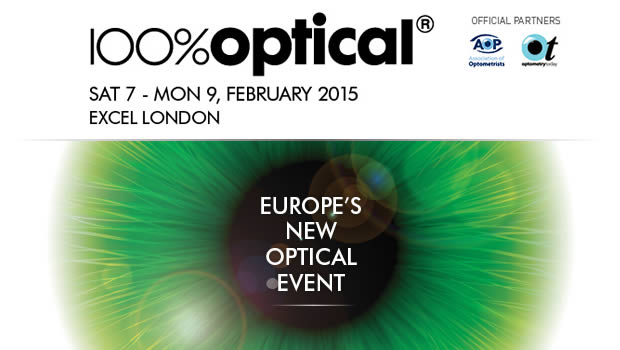 Counting Down to 100% Optical

Tomorrow will be exactly 3 weeks until 100% Optical opens its doors to industry professionals across the globe so the count down to the show has really got going now with a lot of excitement building up around the show. There are still more things to be announced even though we are close to the opening so stay tuned. This blog post it is a quick reminder of what to expect from the show and what I have been blogging about for the past 6 months or more, so I guess this is like a little flash back post. For the 2015 show even more visitors are expected to attend and last year (which was the first show that already had attracted over 5000 visitor from all over the world).

For 100% Optical 2015, the show itself will actually be bigger with even more exhibitors and the most exciting thing is a lot of these exhibitors have never exhibited in the UK before so this will hopefully bring in a lot of fresh and exciting eyewear for us consumers. As well as eyewear there are also many things to check out such as the competition winners from the Royal college of Art where students got to design some awesome specs and the judges were all industry professionals in eyewear design. From one competition to another… bespoke made to measure brand Tom Davies have also launched a competition called DADA where ANYONE can get involved and once again the winner will be announced at the show. This show is really trying to do something a bit different and to offer new up and coming designers and students the chance to showcase their talents. 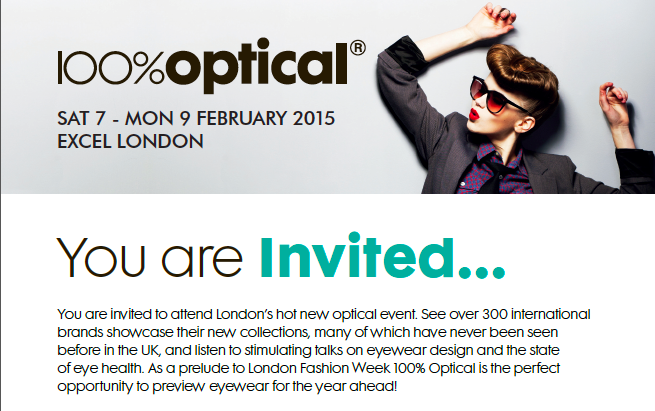 Counting Down to 100% Optical

Then of course the one thing MGAM is REALLY looking forward to is the catwalk show which will be a prelude to London Fashion Week and again, that is something that has never been done before within any optical trade show. All visitors will get a glimpse of what to expect in the fashion world for Spring/Summer 2015 all the way through to Autumn/Winter 2015. At the end of February I will not be attending London Fashion Week because I will be pretty much 8 months pregnant so I am super excited to check out the 100% Optical fashion show. I need my fashion fix since I will be missing out during London Fashion Week.

Finally, this was only launched last week, the #BLINKWINKTHINK campaign because Fight for Sight is the chosen charity for this years show and to help raise awareness of  all the research work they do to fight eye diseases we are asking everyone to take a selfie style of themselves and to cover one of their eyes. Of course we would also really appreciate any donation by simply texting in BWTC15 £3 to 70070. Have great weekend all and let the count down to the show continue and I will see you back here on Monday!