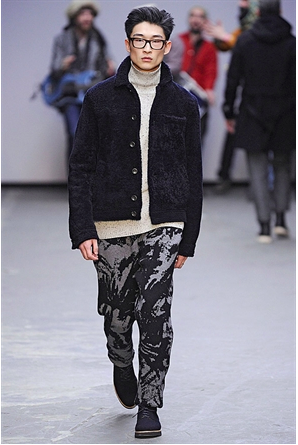 On Friday 9th January it was day one of men’s fashion week or as it’s known, London Collection Mens but yesterday, only 4 days later it was the last day and it was indeed the end of another season. Men’s fashion week is much shorter compared to women’s but I guess in the world of fashion women probably do spend more money on clothes compared to men because the choices are much greater from skirts, to dresses to even a suits. Where as for men it is either trousers of some kind, shirts or t-shirt but you lot get the picture and what I am trying to say. It sounds sexist but when it comes to fashion the focus is always more on the women rather than men.

So over the 4 day mens fashion extravaganza what eyewear has emerged for A/W 2015? Well as I predicted Oliver Spencer did put some specs down the catwalk then other brands who normally don’t feature eyewear have done so this season such as Huntergather, Moschino and Dunhil. The square shapes seem to be a strong shape down the catwalk. 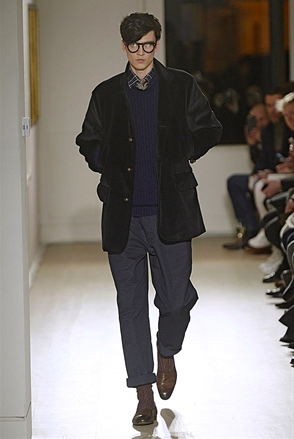 You see readers, from the 4 different designers 3 of the eyewear choices are sticking to that square-ish shape so I think the retro round shape may finally be fading out and we may be seeing more square-ish shapes but not just any square-ish shape. It has to be pretty large too to make a statement on the face.  However, will this trend also reflect onto women’s wear is another matter and something we will find out during London Fashion Week at the end of February. Anyway, is it me or is the Moschino model looking mighty fine? I have to say I would not complain about winter ever again if all men walk around looking like that but how likely is that going to happen? Hardly weather proof is it but us ladies can dream 😉

For now another season is over and looking forward to women’s fashion week.