How is your weekend everyone? I had a working weekend because it is getting closer to 100% Optical and there are many things happening with the show and the blog. I’ve got a few things lined up for the blog which I will announce later on this week (if not next week). I did take some time out on Sunday but it all ended up a bit of a nightmare when our friend’s cat (which we are currently looking after) came home rather injured at 10.30pm. He didn’t get hit by a car or anything but was in a massive fight with another cat or 3!  He came home crying, sad and couldn’t sleep so it was safe to say last night my husband and I had a real crappy sleep. This is like a practice run for us before our baby arrives.  Today we took him to the vet so he is all sorted now and on the mend! Phew! Amongst all this madness I did manage to find time to catch up on The Voice yesterday but Will.i.am did not wear any new specs!  BUT there were another specs on the show.

JLS star JB’s cousin was on the show hoping to impress the coaches and get their chair turning but unfortunately they were not impressed enough. He had a great voice but it just wasn’t quite there.  Did you see his outfit? Or more importantly his specs? 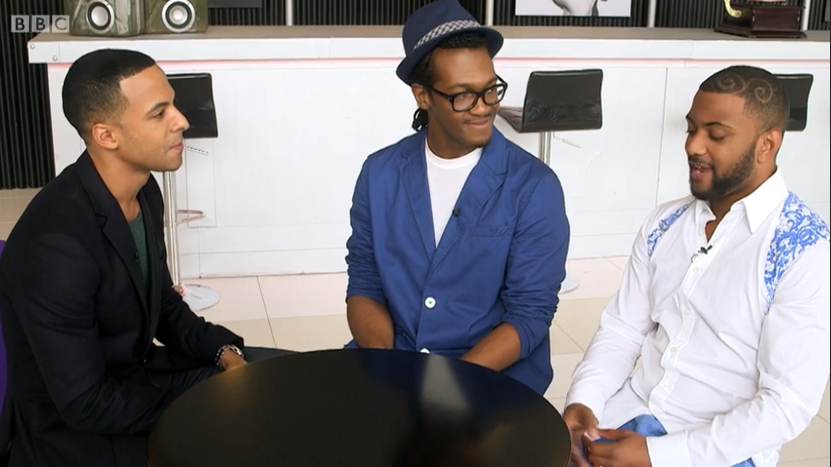 Overall I like his outfit, it is quite stylish and I think the specs actually give it a bit of an edge. The hat really worked too, I don’t know why but I do like guys in glasses and I especially like guys who are stylish and wearing glasses. Being stylish they tend to give the extra appeal and make glasses look cooler.  I know the specs he was wearing were nothing majorly show stopping, they were just a pair of simple bold black frames but sometime that is all it takes to make your entire look/outfit stand out. So take note readers! This rule also works for us ladies too.

I really hope the blind auditions finish soon so we get to see each week what Specs Wil.i.am will be wearing and I am sure since he now has his own range he should be wearing them. You never know, he may even wear some styles that are new and not available yet … what a clever bit of marketing that is! Get famous, design your own range, endorse them yourself and boom! Instant winner with the public.