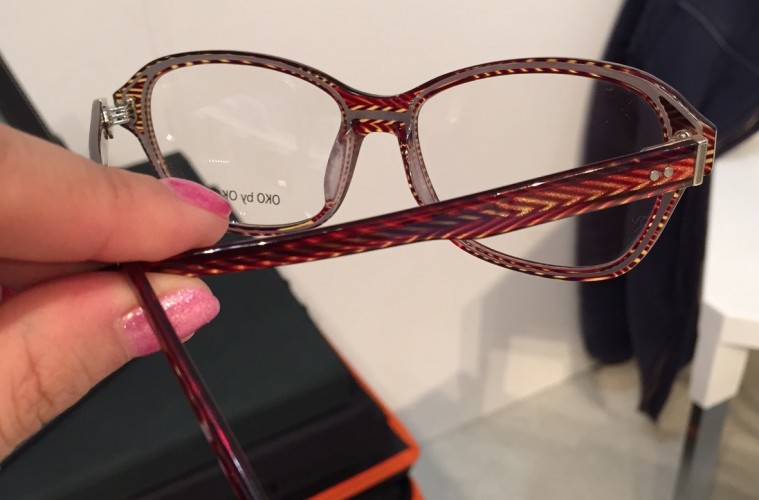 It feels a tad weird being back in the office today because for the past 3 days I was of course at 100% Optical 2015. I am very sad the show is over for another year because so much work went into it by the team and 3 days later…. boom! Done and dusted. If you have been following me then you have probably seen what I have been getting up to and what has been happening at the show. This is the second show and already there has been great improvements, it was bigger with more eyewear brands and stands.  This year the show didn’t just attract the big brands (who haven’t exhibited in the UK) but it also attracted many niche brands which is definitely refreshing for the UK market.

This show was definitely much busier for me because this year brands know I was there so a lot of them made an appointment to see me.  Since the show is bigger as well, with a lot more activities going on it took me much longer to walk around to check everything out.  The fact that I am 7 months pregnant meant also walking much slower this year. Haha! So what have been the highlights for me? Gosh, it is so hard to pick with so many things happening but a few thing definitely stood out to me.

Well first thing first was of course the fashion show! It was once again very well executed but then again I would not expect any less since it was organised by an industry professional! The trends were great and it gave us all a preview as to what to expect in the world of fashion and eyewear. I loved the Fight for Sight #BLINKWINKTHINK Photobooth area because that was fun and a very easy way to engage with visitors to get them involved! Eyewear wise, the new Ted Baker range really stood out to me along with French brand OKO and a wooden brand by Feb31st. I felt they all had their unique selling points from the designs to the finishing touches. The Ted Baker range had some really dainty finishing touches. 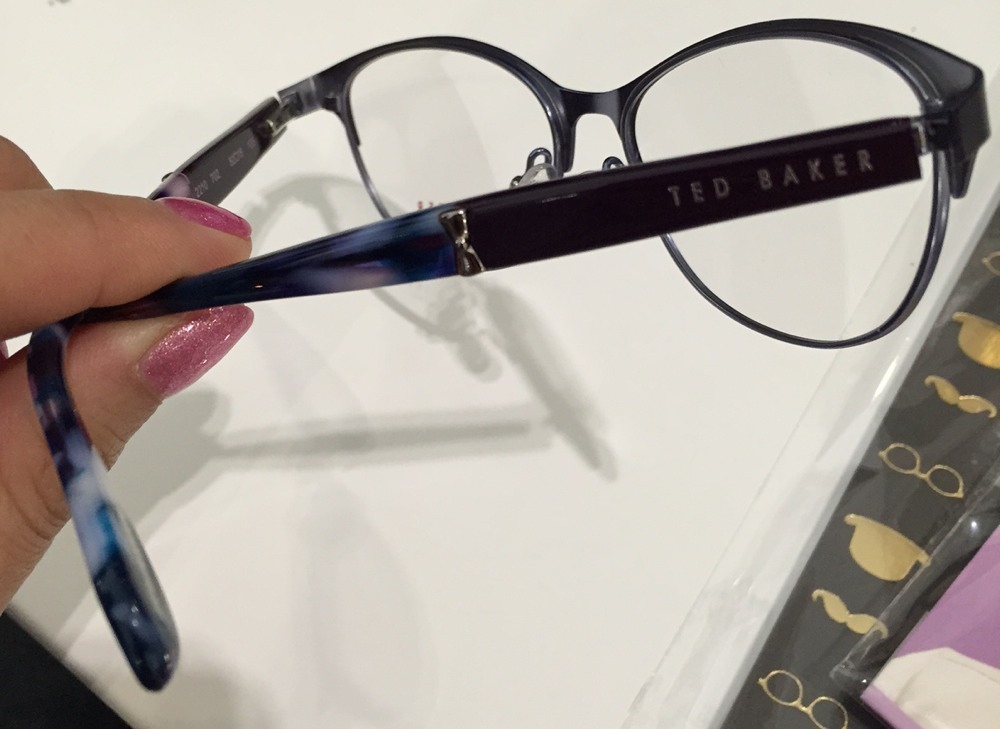 OKO had a very clever new method of reinforcing extra thin acetate frames which hasn’t been done before! 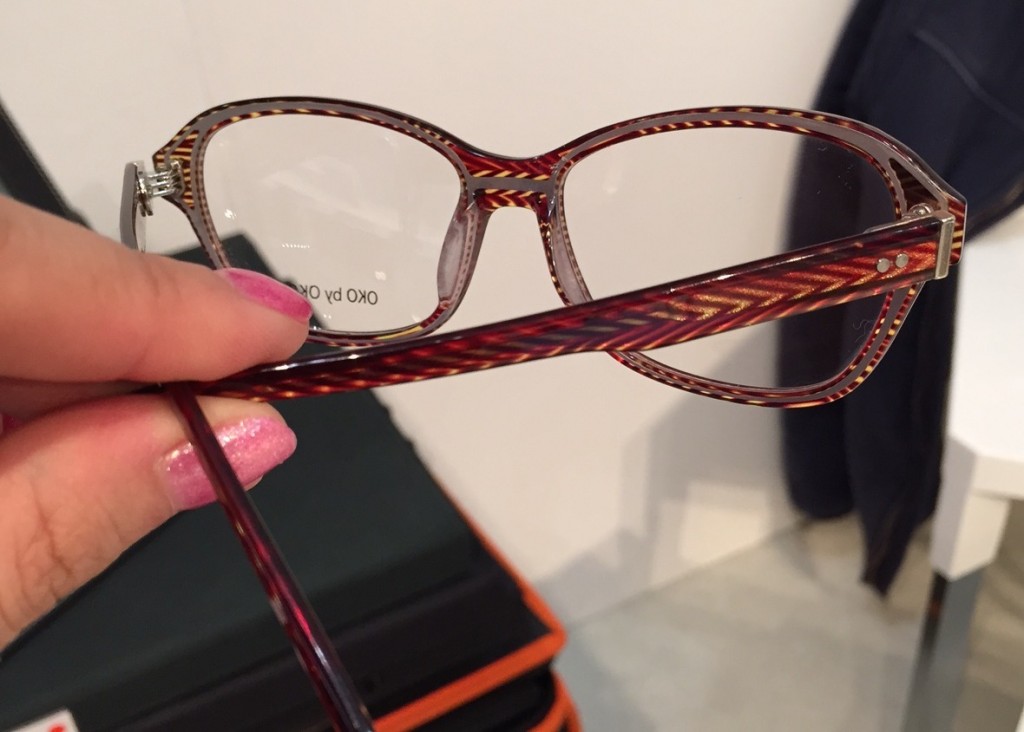 Feb31st have frames which are made out of 48,000 year old Kauri wood – they are VERY special wooden frames indeed! 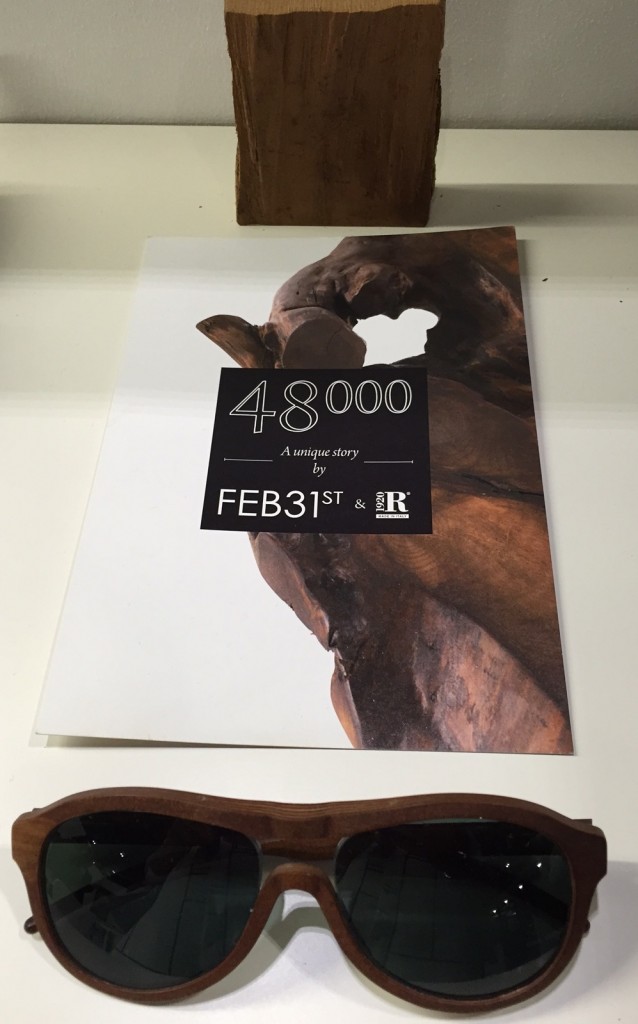 Then of course not forgetting, closing the show on day one was the after show party 😉  Exhibitors and selected visitors gathered together at the centre bar for a good knees up! 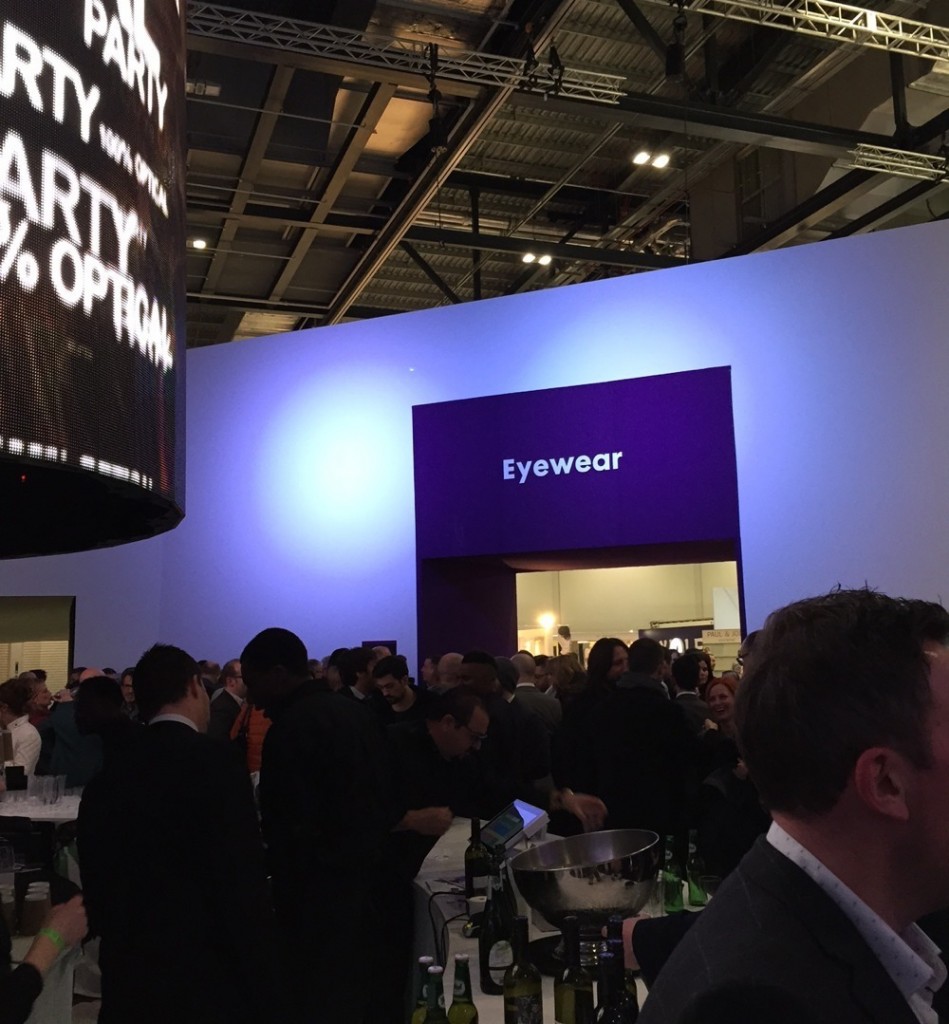 Day two was a very busy day for exhibitors because Sunday is when most opticians are closed and therefore have the time to pop down to check out the show. It was actually heaving at one point so instead of trying to push through the crowds with my bump and disturb the exhibitors whilst they were trying to do business I put my focus on checking out different activities that were happening.  I also did an interview with fashion designer Paul Costelloe as he was there to promote his eyewear range. The FULL interview will be live within the next couple of days so stay tuned for that. 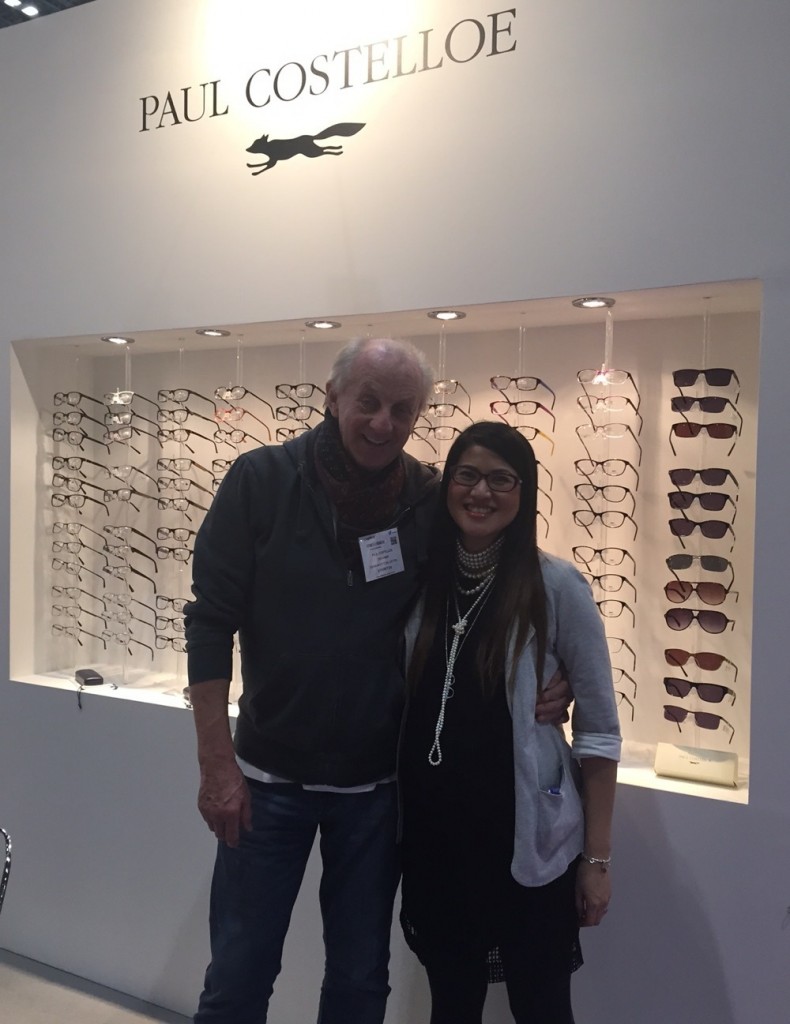 Then I went to check out the winner of the Tom Davies DADA competition and listened to Tom Davies talk about his bespoke services with his special guest Jason Bradbury. 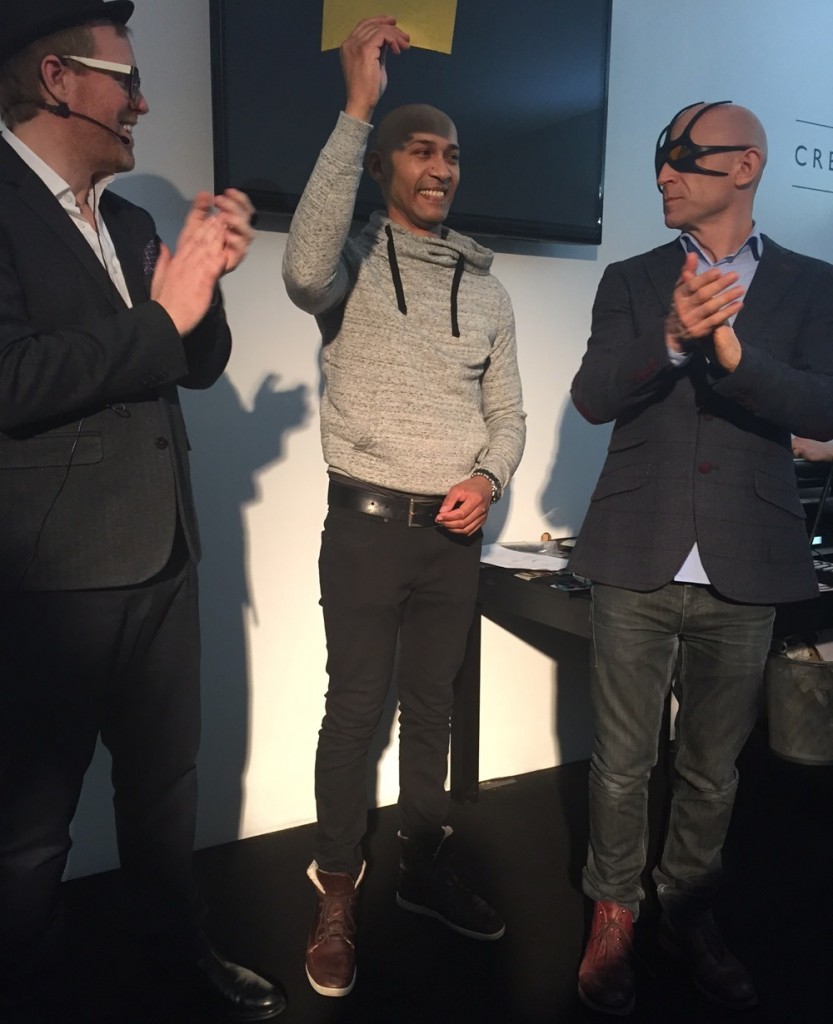 Eventually I made my way to the 3D printer section because a year on from the last show and the technology has improved a lot.  You can buy materials that are made of out bamboo and bronze so effectively you can make your own bamboo/ bronze products, or frames 😉 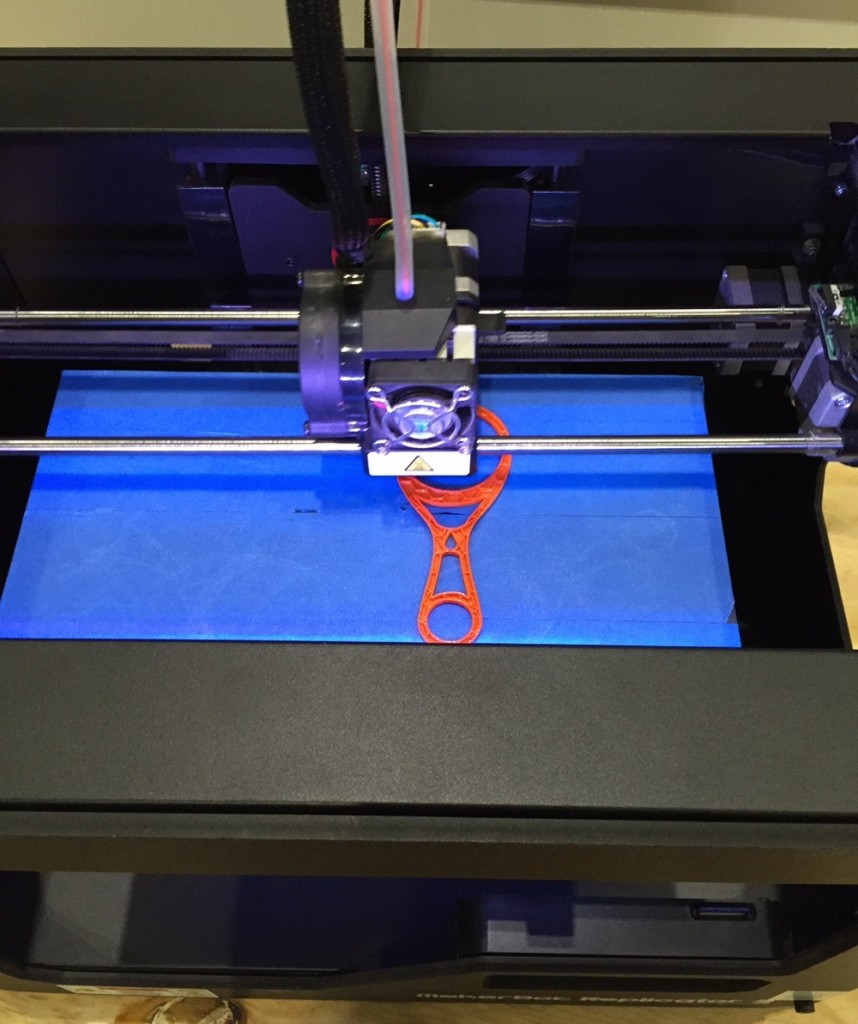 It was only towards the end of the day when I was able to check out some glasses when it was a bit quieter. The two brands which stood out were Roger and Booth & Bruce with their colours and designs. 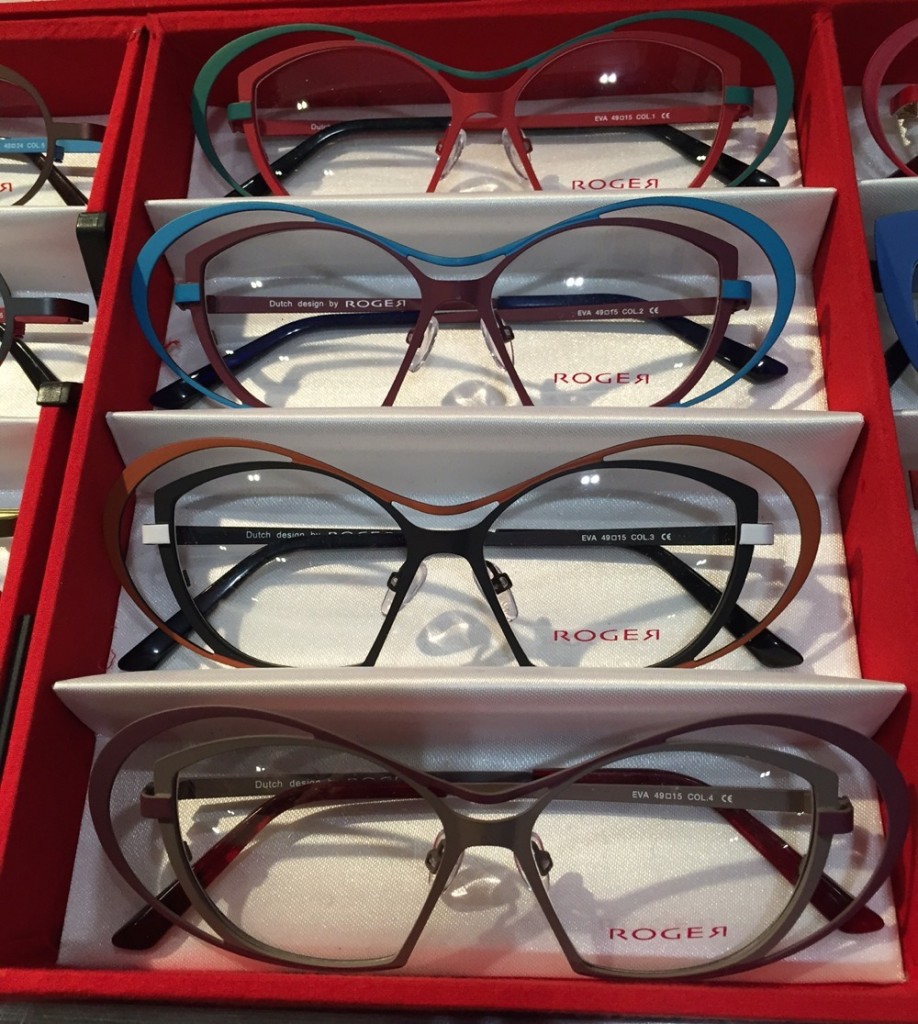 Booth & Bruce actually bought out a selection of frames just for the show! 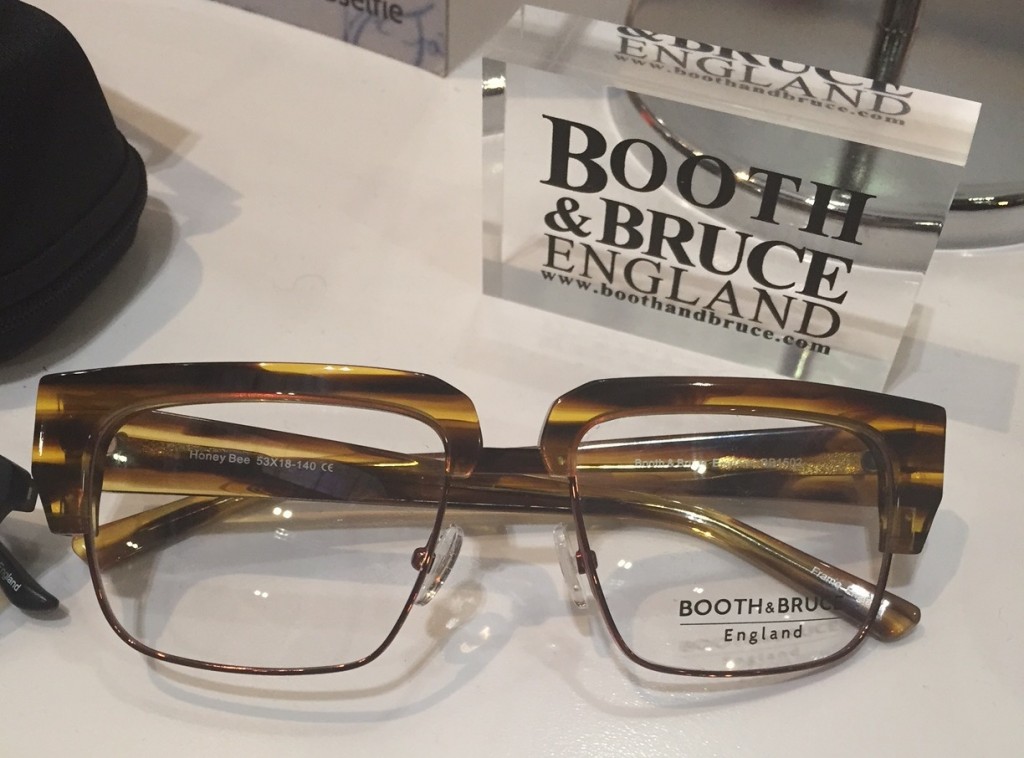 Then to finish off the second night, 100% optical put on a charity night to help raise money for Fight for Sight and that was a fun evening.  So many optical professionals can actually sing! What a multi talented bunch! 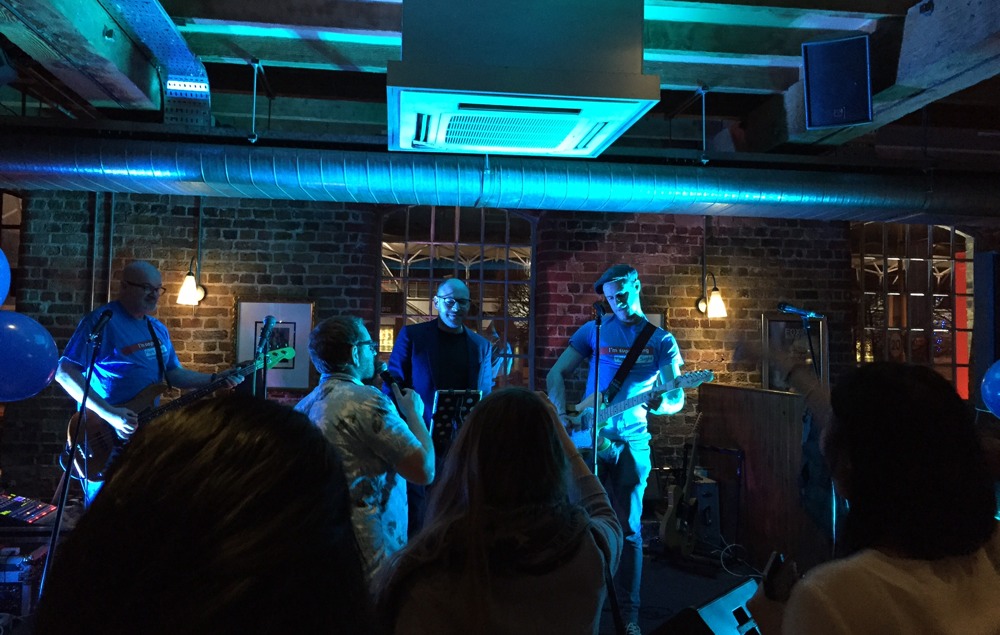 Monday, the last day was quieter compared to sunday but every seminar I walked past it was still packed! I spoke to a few exhibitors and they all said many buyers returned from Sunday to do some purchasing which is great news! The last day went really quick for me as from 10am – 3pm I was actually showing my WGSN editor around the show because I am very proud of it.  As a result I only managed to squeeze in a few things in the remaining 3 hours However, two things did stand out to me.  One was listening to Jason Kirk from Kirk&Kirk talking about the history of British Glasses manufacturing and the other was the 100% Startup area which is where of course Nerdwax was being displayed (don’t forget you can get yours here). 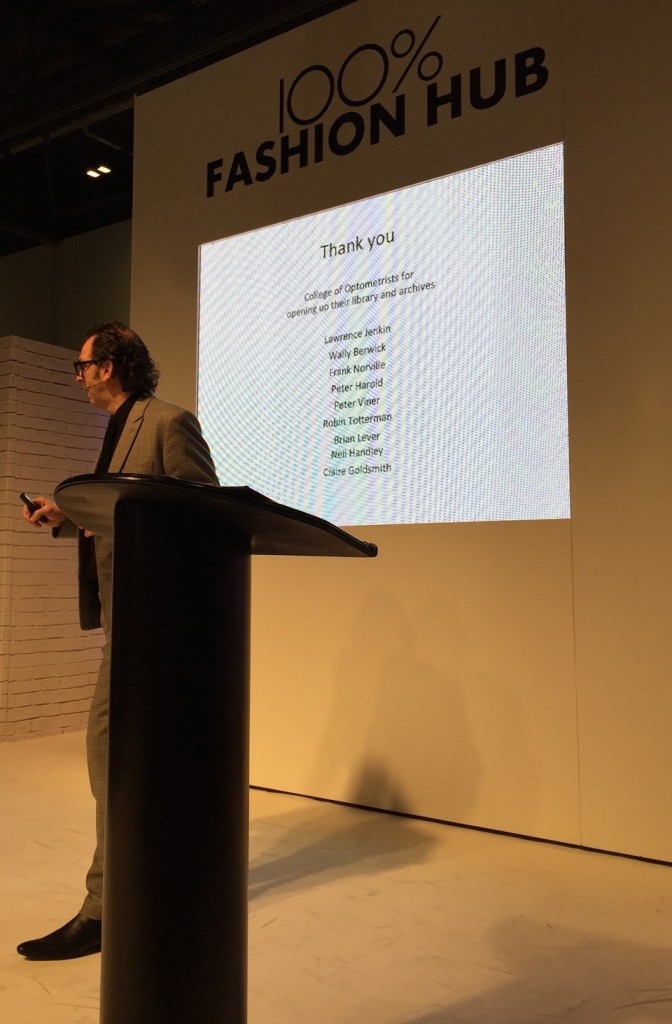 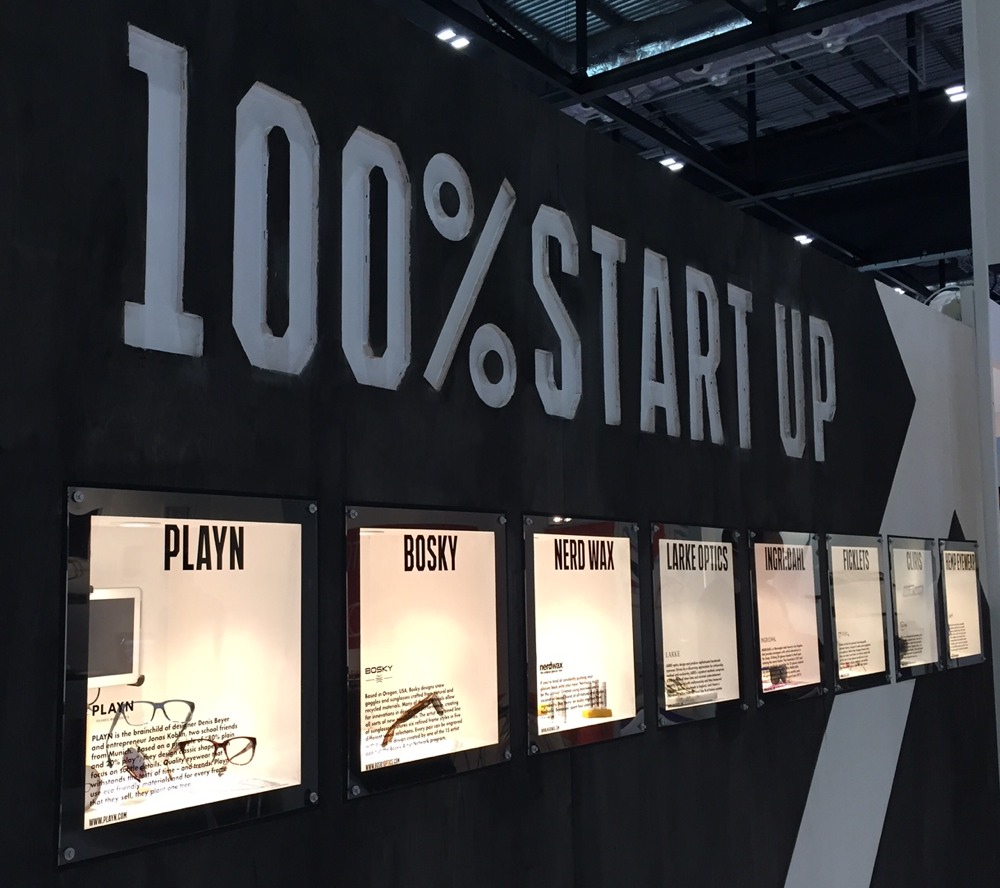 To quickly finish this post off (because it is already a rather long one), I just want to give a quick shout out to Taylor Morris because their new range has been much improved, I am flattered they took my original advice onboard about improving the hinges.  I will be writing about them shortly.

I am totally gutted I never had the chance to check out the frame work shop area where I can make my own frame… next year it will happen! Roll on 100% Optical 2016!

Last but not least there will be a photo gallery and a round up video being posted in the next few days!  Watch out for those!