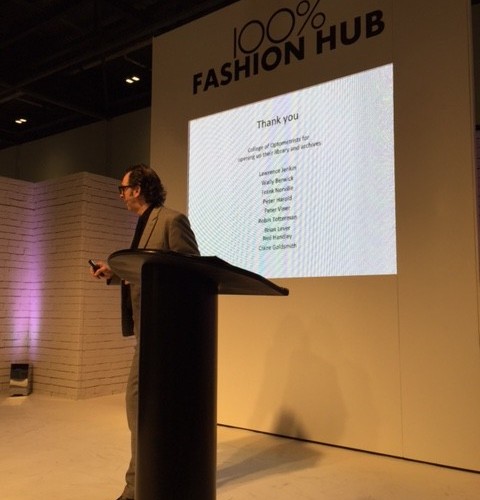 The History of British Glasses Manufacturing at 100% Optical 2015

Here we are on our last day of 100% Optical 2015 with under 2 hours left until the show closes for another year. If you have been to the show then what do you think? Today my role at the show is more about capturing some amazing photos ready to do a photo gallery of the show AND this year there will also be a video which show a quick summery of whats been happening for the past 3 days! Even when the show closes there will be many things to report back to you guys and still much, much more writing to do. I have spent most of my morning with my WGSN editor and showing her around the show because she too has a passion for eyewear, like myself. However, I did stop at the fashion hub and listen to a rather interesting talk by Jason Kirk the founder of Kirk&Kirk. It was all about the manufacturing history of British glasses and the history of eyewear in general. You may not believe this now but back in the day… before the first world war the British optical industry was booming! Back then the opticians themselves were the ones who made the glasses in house. This clearly doesn’t happen now. 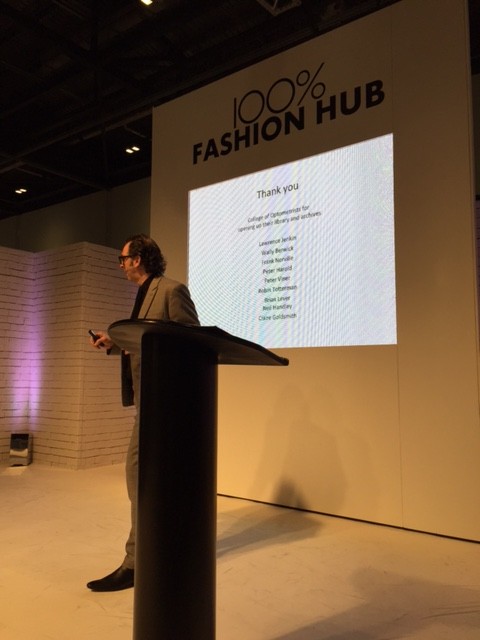 Once we moved away from the two world wars and going into the 50’s (one of my favourite eras) British brand Pathe used to promote how eyewear should be the fashion accessories for women and they actually used to do promotional videos demonstrating how eyewear should be worn with fashion. Highly interesting and something maybe they should bring back, if not I may have to start one myself. Now we are in 2015 and British glasses manufacturing is practically extinct which is a shame considering in the fashion world “Made in Britain” is making a come back.  It would nice to the same for eyewear.