Scarlett of Soho Pop Up Store in London

Quite a while ago (and this is going back to probably last April) an online retail eyewear brand, Scarlett of Soho was born. I liked the concept of the brand because it is something new and quite refreshing to the industry.  If you don’t remember what they are about then here is a quick reminder. They are an online glasses shop where they can send you up to 4 pairs of glasses to try on in your own home at your leisure. Whichever one you pick they will glaze them up for you and whichever you don’t want you simply send them back in their original condition and that’s it. Let’s face it, it is always hard to buy glasses online because you cannot try before you buy, buying glasses is about trying them on! There are too many online specs retailers which feel a lot like bargain basement stores. I am personally not a fan!

The good thing about Scarlett of Soho is that the frames are actually pretty good quality compared to some of the “designer” glasses and the price is also very affordable. However, like all business sometime it needs changing and tweaking and for 2015 that is EXACTLY the step Scarlett of Soho took. The idea may seem mad or unheard of within the optical industry but I personally feel it is a rather good idea and this could be the way forward. They have introduced a subscription system, so how does it work you may wonder??? Well It kind of works like a magazine subscription or your mobile phone contract. You will pay a set amount per month (there are 3 price bands) and whichever band you pay you are then able to change your glasses as little as two frames per a year or as often as you wish! Sounds bonkers right? 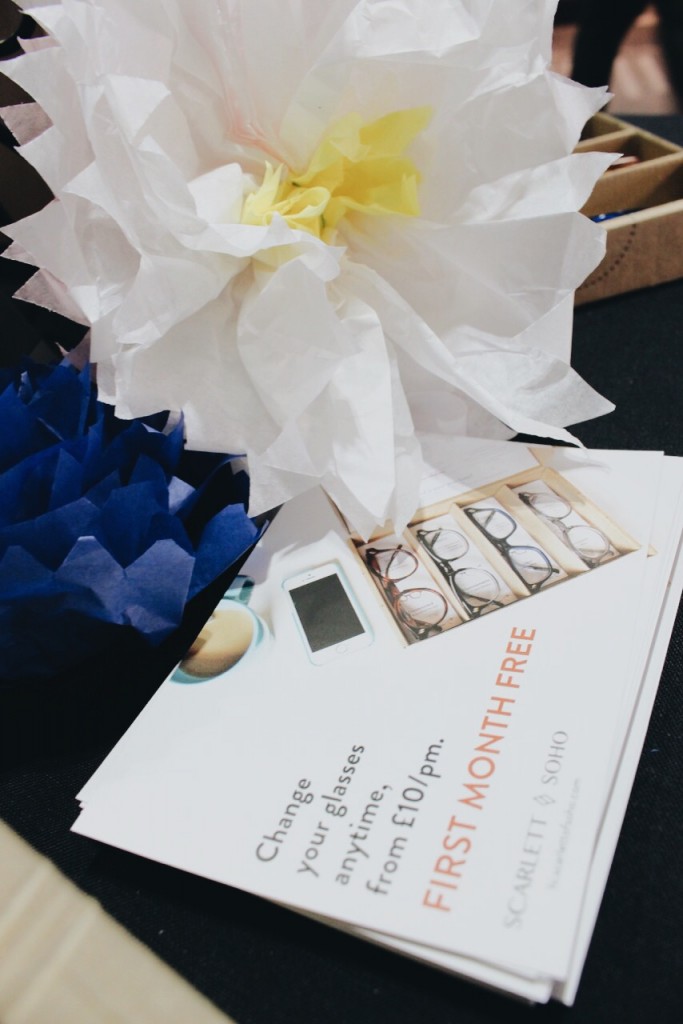 This is the break down of their monthly subscriptions…

I think it is a great idea because like me who is a bit of a sucker for glasses I would love to have the ability to change my frames as often as I want so I can really match my clothes to the frames. Plus even at the highest price band of £25 per month, by the end of the 12 months it only equals £300 and if you pop into any opticians you can easily spend £300 just on one frame! But for £300 you are getting unlimited pairs with lenses! Do NOT worry the quality is actually pretty good too so you are not getting something that is rubbish that will only last you a month. That is not the idea! 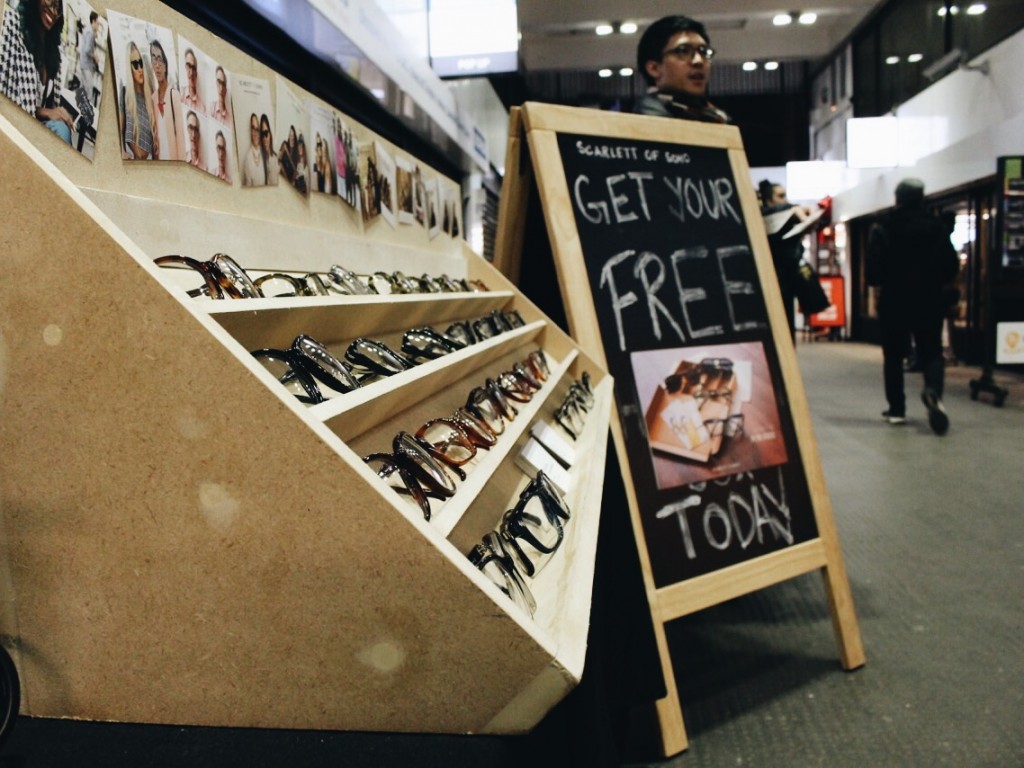 Right now Scarlett of Soho actually have a popup store right by Old Street station in London and they are there from now until 8th March. Pop by and give them a try because they have all their styles on display and you can try before you commit too if you are feeling uneasy with the idea. If you like what you see you can even sign up to their subscription! At the popup shop they are focusing on offering the £10 per month subscription because that has been the most popular one but I am sure if you want more they can cater for you 😉