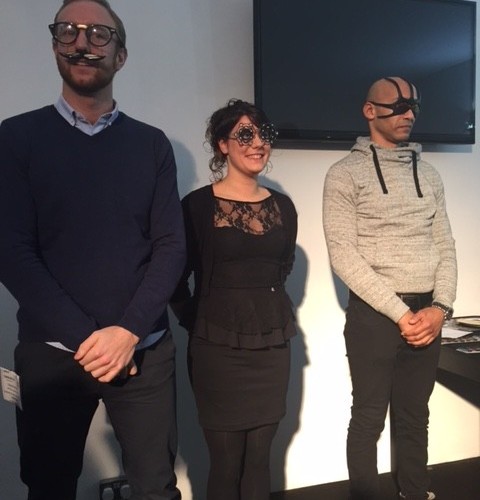 Back in December I mentioned Tom Davies (probably the king of bespoke Eyewear) has launched an eyewear competition called DADA. The competition was open to everyone who was feeling creative and there was no age limit. All you need is a bit of creativity. The winner of the competition was announced at 3pm today during the 100% Optical show.  Were you there to see who the winners were? If not, I have them here for you so do not fret. There were 10 design finalists to choose from, all visitors and exhibitors were welcome to vote and I voted this morning 😉 unfortunately the one I voted did not win. Very sad but it had a shoe design integrated so I had to go with my gut instinct. Before a winner was announced, 3 finalists were selected from the top number of votes and they were Hipster Tash man, Swirly Pearls and Mask Man and who did you think won??? 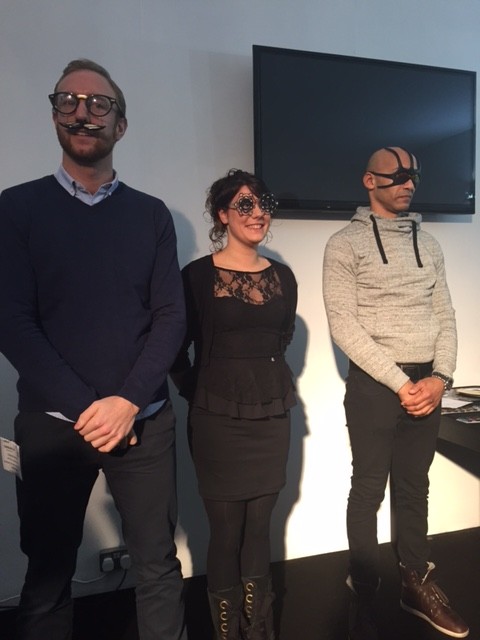 The winner was…… drum roll………. mask man! My husband actually voted for them because they were futuristic and pretty cool. A very boyish thing I guess but many congrats to the winner. When he was modelling his own design they did actually look pretty odd but in a stylish kind of way. I can see why the mask man won because they are pretty out there. Very different to everything else. 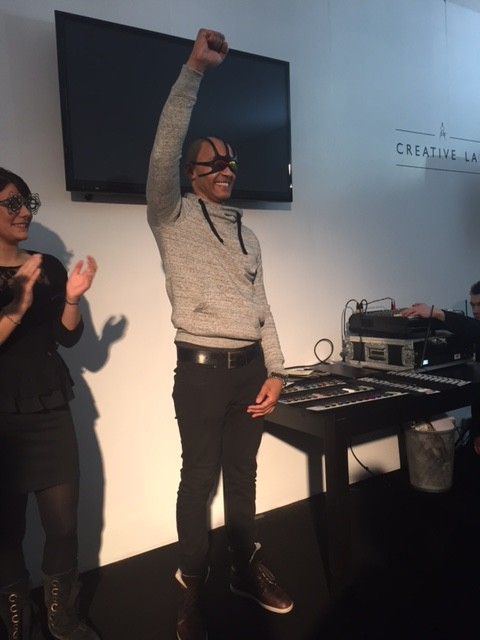 So what do you all think of the winning frame? If you wished you took part this year but didn’t and are currently kicking yourself then do not worry because Tom Davies himself has already said he will be running the exact same competition again next year in conjunction with 100% Optical. He said he enjoyed looking at all the design so much this year that next year he definitely will make it happen again. So readers, get thinking how to design a winning frame and you know what… I think even next year I will enter myself, I was going to but time got the better of me. 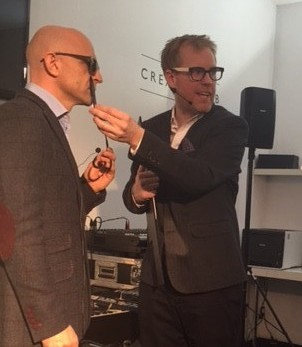 After the winner was announced Tom Davies also gave us all a quick lesson on his bespoke design process. He has actually been designing frames for the Gadget Show presenter Jason Bradbury for quite a while and they are good friends.  Jason actually made an appearance and Tom was live designing a frame for him. It was an interesting lesson and frame designing really is something rather special. It is like buying a piece of couture clothing. Everything is measured down to the millimetres and if even one measurement is slightly off, even by 1 millimetre that could effect the outcome of the whole frame. It was an eye opener for me and I will explain more on that soon where I hopefully get to experience the Tom Davies Bespoke experience. Stay tuned for that peeps 😉