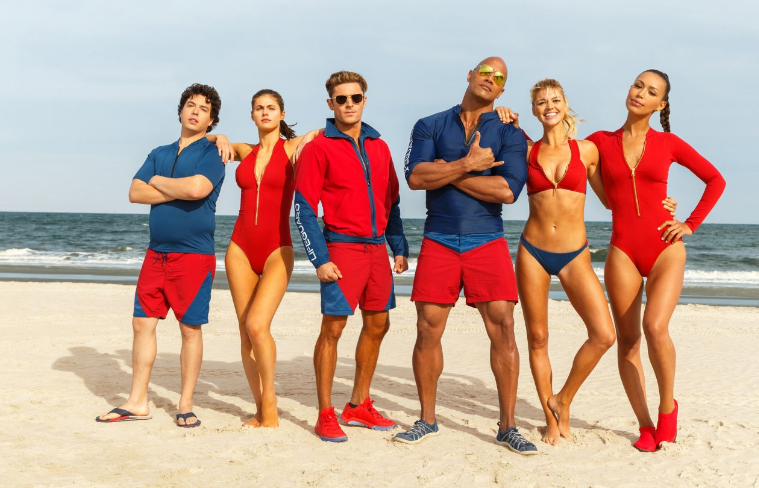 Baywatch, what a classic! It all started way back in the late 80’s, who can forget David Hasselhof and Pamela Anderson. We all had our favourite character and who wasn’t obsessed with those red swimming costumes? Females and males were obsessed with them, but for a very different reason of course. Ha! I even remember dancing to the remix of the theme tune in my Uni days, so I think it is safe to say, Baywatch has somehow touched our lives in one way or another.

In 2017 and just in time for the summer, there is a brand new remake of the classic TV series BUT this time, it is going on the big screen, across cinemas worldwide. Beach, sun, sea, slow motion running and naturally, sunglasses will of course make an appearance. The sunglasses were actually a rather iconic accessory in the original series with David Hasselhoff’s character, Mitch Buchannon. In 2017, hard man Dwayne “The Rock” Johnson is playing Mitch. A great person for the role, I think. 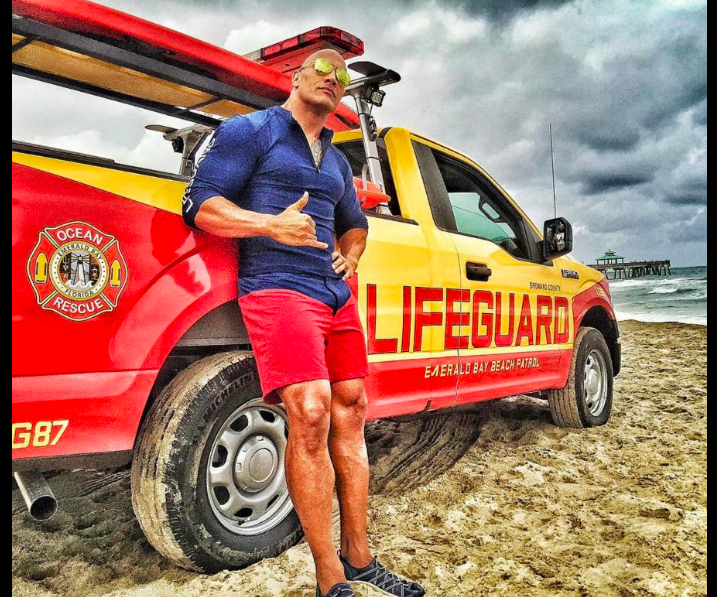 I am sure, you are all dying to know who made his sunglasses? They look pretty great, right? Well, they have been specially made for Dwayne Johnson, created by Sama Eyewear designer Sheila Vance with direction from costume designer Dayna Pink.

The colour of the frame consists of a golden tone which was specially blended for the film. The golden tone reflects the sea, sand, sunrise and sunset. So yes, absolutely perfect for the film. The shape of the sunglasses is a revamp of the classic aviator and they will suit almost all face shapes.

The sunglasses are called SYD Bay Elite which stands for Special Yellow Dwayne. The frames are made from super durable titanium and you too can own a pair. A retail version will be out this summer, shortly after the film I imagine at $525 which is about £400. Nearer the time, be sure to check out Sama online to find your nearest stockist!