The Kingsman is a much-anticipated movie, which is due to hit cinemas mid-September. I am quite excited by this movie because when I saw the trailer and saw so many characters wearing optical frames, that I just knew this movie will probably have quite an impact in the optical industry and fashion trends based on glasses. The movie looks great too and I want to go and see it, but I am worried, will I be too focused on trying to suss out what glasses they are wearing rather than actually watching the movie? Ha!

So, actor Taron Egerton’s character in the film, Gary “Eggsy” has been spotted wearing some glasses in the latest edition of The Kingsman and guess what? You can get yourself the exact same pair because I know who they are by and where to get them! 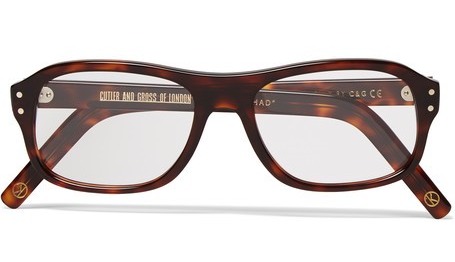 The glasses are by British brand Cutler & Gross, you can buy them from their store and online. Buying online is exclusive to Mr Porter and nowhere else. In fact, if you want to find other pieces that in the movie from suits to watches then you can find them at Mr Porter because they have teamed up with costume designer for the film, Ms Arianne Philips. The film is not out so the pieces are not available at Mr Porter yet, but worth signing up to the mailing list so you are first to know when they are available.

If you are after the frames then it is also worth checking out all the Cutler & Gross stores around London to see when they will be available. There are so many other frames in the movie and I am so excited to see who they are by and how that will impact the eyewear fashion.