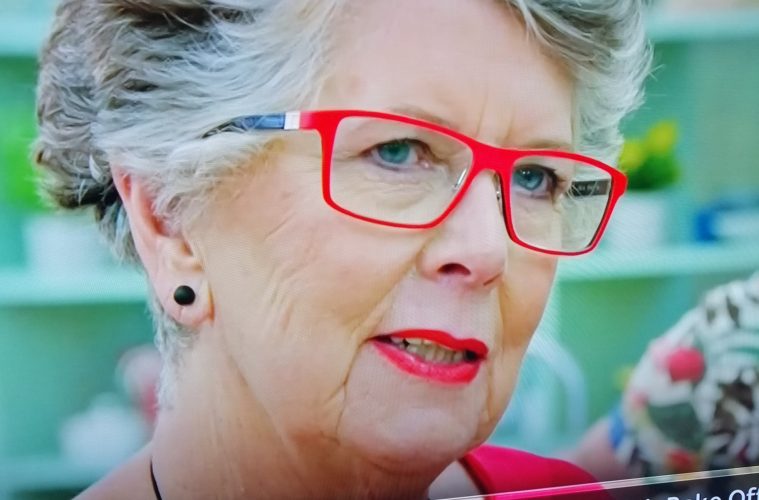 So who watched the brand new Great British Bake Off yesterday? Ok, I know I am a bit late to the bake off party. I kept pausing the TV to try and figure out what glasses Prue was wearing. It got very annoying for the husband. ha!

I am not going to lie but after all the pausing I had no idea what the hell she was wearing. However…

I put a post on social media and Peter, the owner of Booth and Bruce Eyewear got in touch and said he knows for sure she was wearing a brand called Face A Face, style Aliumair 2. I of course had a little search immediately and to be honest, as soon as he said Face A Face, the penny dropped because, yes! They do some pretty colourful and bold frames.  They are actually made from Aluminium too so they are light weight. How did I not know? Shame on me. ha!

On the other hand, if you want to know what contestant Amelia was wearing, they look to be Alexander McQueen frames. A lot of people are mistaking them for Versace. You can see they have the distinctive skull logo from McQueen on the temples.