And Just Like That, what glasses are they wearing?

For those of you who have been following me over the years, you may have noticed my love for Sex and The City. I started to watch that show when I was in my early 20’s and now I am in my late 30’s. I was forever obsessed with the fashion and now the spin off is out, I am all over the fashion once again.

What do I think of the show itself? I’m not sure to be honest, I found the first two episodes hard to watch and didn’t get into it but I carried on because I was curious and wanted to see more of the fashion now these ladies are in their 50’s.

First of all, I am loving the fact that glasses are making a regular appearance on the show because the reality is, once you hit a certain age (around 40’s) your eye muscles will start to deteriorate. Wearing glasses to aid you to see things up close is the norm instead of stretching your arms out as far as you can to read a cocktail menu.

What Glasses Are The Cast Wearing?

So, what glasses are they wearing? There are a lot more eyewear featured than this, I know. However, I don’t know who they are all by so I am just sharing with you the ones I do know. 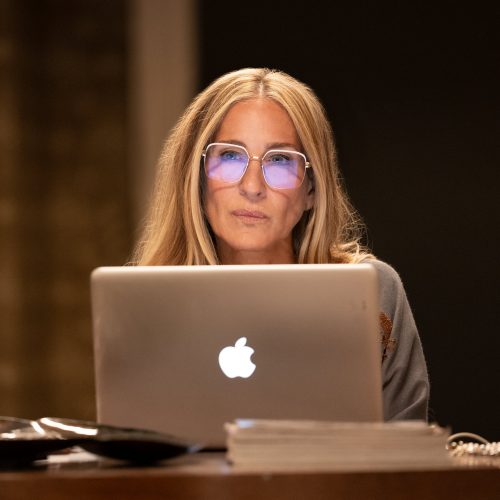 These stylish metal frames Carrie is wearing here are by Mykita. 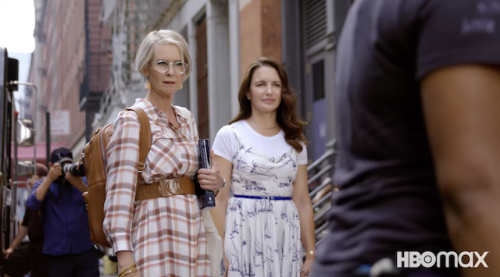 Crystal clear glasses are hard to wear but Miranda is rocking them. They are by Moscot. 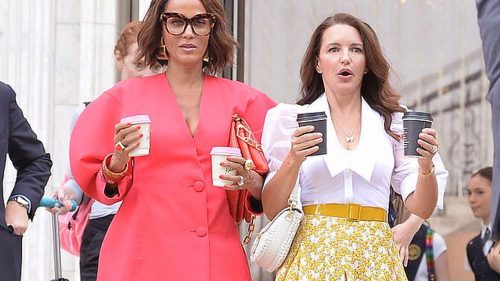 Lisa is the new character to the series, she is probably the ultimate mummy friend to have. I am loving her fierce wardrobe and in the image above she was wearing Linda Farrow eyewear. 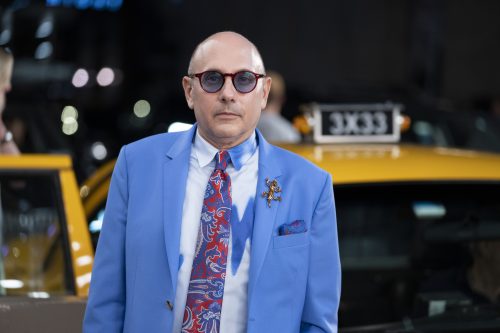 Finally, words cannot even describe how sad I was when news broke that the actor who plays Stanford Blatch, Willie Garson died from cancer. Seeing him on screen and knowing this character is gone forever just made me sad. In the image above Stanford was sporting a pair of Moscot.

Carrie wore a pair of purple tinted glasses in one of the episodes and many followers have asked me do I know who they are by and the answer is… I don’t know and I am still searching. My bet is an American eyewear brand because so far they are predominately American brands. The search is still on, once I know. I will share with you all.