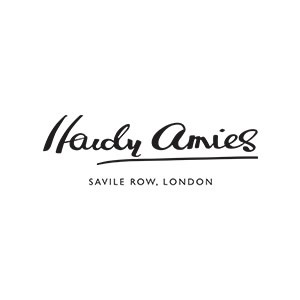 What is modern British mens style? As a Savile Row brand, Hardy Amies comes from the home of tailoring and is informed by an impressive heritage. And yet, Sir Hardy himself was a new figure on the Row in the Forties, not encumbered with years of historical baggage.

Today, Britain _ and London in particular _ is genuinely cosmopolitan in terms of the people and cultures it embraces. In terms of mens style, there is an interplay between the generations, between town and country, between heritage and technology, between tailoring and casualwear, which means British style for men is more fluid and dynamic now than at any time before. Hardy Amies reflects this by making smart, functional menswear that is as at home in Mayfair as it is in Dalston. The look is modern and stylish, without being overtly designed.

As Sir Hardy said, A man should look as if he had bought his clothes with intelligence, put them on with care and then forgotten all about them.